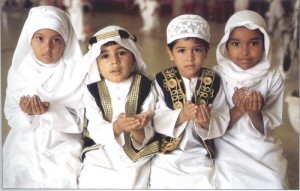 Within 20 years, more babies will be born to Muslim women than to Christian women world-wide, the latest sign of the rapid growth that could make Islam the world’s largest religion by the end of the century.

As John Allen reports in Future Church the center of Christianity is shifting from Europe to Africa, Asia and South America. Christianity is dying in Europe while Islam continues to surge demographically.

What is very disturbing is the state of angry denial that many Europeans are in. If you so much as suggest that by 2050 Islam will be the dominant culture in England, France and the rest of  Europe they start accusing you of racism.

You needn’t make any value judgements. If you simply state the fact that the demographics are on the side of the Muslims, that many Muslims do not integrate into the countries and culture into which they immigrate, and that radical Muslims are clear about their intentions to dominate Europe, you’ll be accused of racism.

Notice that I have simply stated facts here. I have not said whether an Islamic dominated Europe would be a good thing or a bad thing.

You can decide about that yourself.