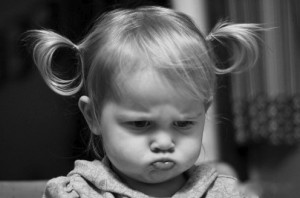 With the rise of Christianity a new perspective entered human history: the triumph of the victim.

If you were disadvantaged in some way you or your ancestors had done something wrong.

In this society the strong were the victors because they had inherited whatever it takes to prevail. They were smart. They were strong. They were well connected. They came out on top.

Tough luck everybody else.

Then Jesus comes along and turns the whole world upside down. He favors the poor. He reaches out to the cripples. He embraces the sinner. He heals the broken hearted.

Then he himself becomes the ultimate victim. “A man of sorrows and acquainted with grief.”

The cross becomes the central image of the new faith and the victorious victim becomes the paradoxical symbol of a new way of looking at the world.

Pagans had an ethic of helping the disadvantaged with charity when possible, but the new Christian ethic is radical. The poor, the hungry, the disabled and weak, the children, the slaves and the downtrodden are not only to be pitied, but they are the new heroes. Christ was seen in them they were “the treasures of the church” as St Lawrence put it.

Now all this is well and good as long as the victim is really a victim, and the way to tell if the person (or group) is really a victim is if they are truly powerless, vulnerable and cannot empower themselves. If so, then the church and the Christian powers are on their side and wish to support and help them.

However, a big lie has been going on in our society which I call “the rise of the post Christian Crybaby Bully” Continue Reading