Who Says You Can’t Afford a Beautiful Church?

Who Says You Can’t Afford a Beautiful Church? 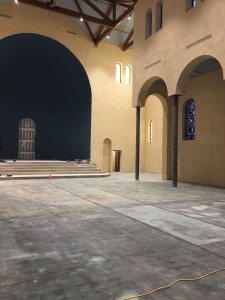 Interior New Church of Our Lady of the Rosary Greenville

One of the most common misconceptions about traditional church architecture is that it has to be expensive.

Sure, if you go with a prima donna architect with an international reputation you’re going to pay over the odds.

Our little parish in the poor part of town has just built a beautiful church, and we did it (complete with a pipe organ and a set of fantastic stained glass windows) for under $6million.

How did we do that? Here are some pointers.