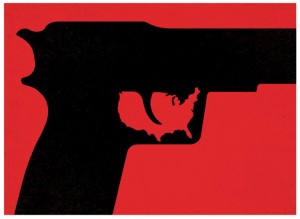 This continues a stream of mindless violence in our society that seems to be surging.

What causes such irrational rage? There are a host of problems deep within our society and the violence is a symptom of a deeper sickness.

Frustration and rage are rooted in fear. When I say “fear” I don’t simply mean being afraid of some tangible threat. Instead I’m referring to a deep, unconscious fear that runs through the human soul.

When faced with the fear there are two reactions: flight of fight. Most of us most of the time choose flight.

When flight doesn’t work we resort to fight, and the problem with fight instead of flight is that, unless we have an identifiable object the fight response bursts out in random, insane and irrational violence.

Did the shooter have any grudge against that particular reporter and cameraman? It would seem so, but whether he did or not, how did he come to the conclusion that killing was the answer?

This profile on Bryce Williams indicates that he’s been angry and unhappy for a long time. He was recently fired.

We should be prepared for more, not less of this in our society. It will burst out in continued urban violence, shootings and lawlessness. Continue Reading