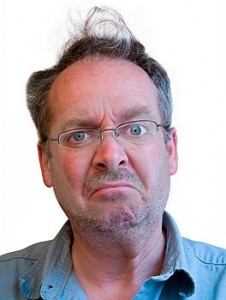 You know the old story: An old guy grumbles to the priest, “I don’t come to your church Father because of all the hypocrites.”

Father says cheerfully, “Why not come along anyway? We can always make room for one more.”

A good number of the others are in fact the venal liars and they appear to be. They “come out” to atheists blog sites such as Ms LaScola’s and receive praise, support and sympathy for their “plight” of being an atheist who is supposedly trapped inside the clergy.

This claim is, of course, another of their lies. They are not “trapped” in the clergy. They are, simply, liars.

Nothing and nobody is making these folks stay in their cushy jobs. They could stop lying, leave the clergy and live lives consistent with their true beliefs any time they wanted. They hang on because they like the unearned respect that people give clergy and, if they are part of one of the major denominations, they also like the easy pay, free housing, health insurance and retirement.

It’s a good life, being a lying, two-faced phoney preacher. You can be treated like a cult hero by Christian bashers; their very own boy. At the same time, you get to be a pretend man or woman of God with all the kudos that go with that.

The Catholic Church is not immune to this problem of phoney clergy. We’ve got quite a few of them. Here are a few cases in point:

What gets my goat is the devil’s double think. Let any orthodox Catholic get caught with his pants down and everyone howls with delight about his hypocrisy and failure.

But when a Christian leader publicly denies the very faith he is supposed to uphold he’s hailed as a hero.

Go over to Rebecca’s excellent blog and read the whole post.