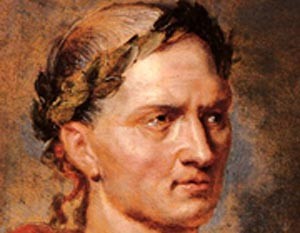 Julius Caesar – Note the comb over….

Is history repeating itself in a remarkable and disturbing way?

Do you know what happened to the Roman Republic? First, did you know that the Roman Empire was preceded by a Republic? For about five hundred years just before the birth of  Christ Rome was governed by a Republic. It was not exactly like our democratic government in the United States, but similar enough.

Two elected consuls ruled as executives advised by the Senate. The patricians were the wealthy, landed, aristocratic families. The plebeians were the common people. The fall of the Roman Republic is fascinating–especially so for our times since so many of the same cultural conditions are present in our society.

You can read a summary here, but the simple version is this: The Roman Republic had grown vastly wealthy through military conquests, but the wealth was held by a few fabulously wealthy families. The poor were kept poor. Veterans of the wars returned not to glory and wealth, but to poverty and misery. For years the wealthy families killed off any politicians who tried to bring about reform which would help the poor and share the wealth from their military conquests.

As the wealth grew the decadence grew. In Rome, at the end of the republic, sexual immorality was rife. Political corruption was widespread. Violence and revolution, slavery and cruelty were commonplace.

Then along came Julius Caesar. Consider the remarkable similarities with Donald Trump:

Caesar was well connected from the start. He was from a moderately wealthy,  establishment family. Julius Caesar was balding, but very vain. He was famous for guess what? Combing what hair he had over his bald head. He was married three times and was a prolific and boasting philanderer. Julius Caesar was an egotist. He was notorious for raging and taking revenge if anyone mocked his dignity. Most of all he was a winner. He was ruthless and would do anything to win. He was a bully and a sore loser.

He rose to become the commander in chief of the army, and he threatened the ruling establishment, riding a tide of populist support. Continue Reading