Arrogance, Ignorance and the Unforgivable Sin

Arrogance, Ignorance and the Unforgivable Sin 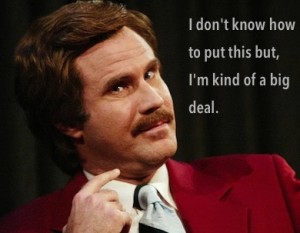 Sure, arrogance is nauseating, and when it’s not nauseating it’s amusing.

When a person struts around with his nose in the air, assumes a know-it-all attitude and bosses everyone around, first you get annoyed –“Who does this guy think he is??”

Then, once you step back a bit you have to laugh don’t you? Arrogant people are vain, and vanity is always both hilarious and sad. “He’s just an ordinary fella, like all of us, but he thinks he’s someone special!”

Once you stand things on their head and get over being annoyed you have to laugh. Poor idiot. If only he could see himself as other see him.

Added to arrogance comes ignorance. I’m not talking about the simple ignorance of someone who simply doesn’t know better. Often the innocently ignorant are excusable.

I’m referring to people who happen to combine their arrogance with ignorance. They strut about as if they know it all, but as soon as they open their mouth they reveal how little they actually do know.

Arrogance and ignorance can be difficult to take, but they are forgivable if the person ever gets around to realizing that they are ignorant and arrogant.

The real problem comes not with ignorance and arrogance, but the unforgivable sin of pride.

It’s easy to think that ignorance and arrogance are expressions of pride, but not necessarily.

Instead genuine, deep seated, unforgivable pride is the simple conviction that a person is okay as he is, that he has nothing to confess and nothing to apologize for.

What disturbs me as a priest is how many “good Catholics” I meet who seem to be in this spiritual condition.

The skip confession because they really, honestly don’t think they have anything to confess. They are blind to their faults and think they are okay as they are.

This is true, genuine and deep seated pride–and it rarely presents itself as arrogance and ignorance. Continue Reading