Augustine and the Heretics

Augustine and the Heretics 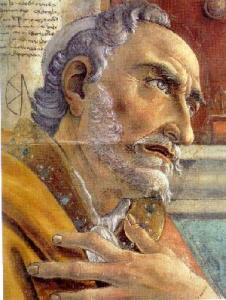 I missed posting this in St Augustine’s feast day this week, but with all the talk about this great doctor of the church it is easy to neglect his battle against three particular heresies that were prevalent in his day and which plague us still.

Heresies are persistent because they are attractive, and they are persistent because they usually console the heretic in some way. In other words, it is easier to believe the heresy than the fullness of the Catholic truth. The fullness of the Catholic truth is either difficult to believe or difficult to obey or both. The heresy always offers an easy way out–either an easier way of believing or an easier way of behaving.

The first heresy Augustine battled was Donatism. The Donatists were a schism in the North African Church that were sort of like Puritanical Protestant or Jansenists. They thought the church should be pure, and should be a church of saints, not sinners. They were unwilling to accept back those Christians who, out of weakness, compromised their faith during the persecutions and they insisted that for sacraments to be valid the priest had to be faultless.

While this sort of rigorism is understandable, it doesn’t take much to see where it leads. It leads to unbearable self righteousness. “We few, we holy few. We are the remnant, the true church, the only real Christians…” Nonsense. If you think the core error of Donatism does not exist today, look a little harder. Although the name “Donatism” is now a footnote of church history there are plenty of rigorist schisms and sects and plenty of the attitude within individuals and groups in many different churches.

The fact is, most heresies, while seeming attractive, can be countered very easily with a passage from the gospel. Donatists should read the parable of the wheat and tares. The sinners and the saints grow together and God will sort it out.

The second heresy Augustine battled was Manicheanism. This false religion was started by a Persian prophet named Mani (2. 274) He blended elements of occult Judaism, Zoroastrianism and Christianity and came up with a complicated New Age kind of religion. His core heresy was dualism. He taught that the physical world was evil and the spiritual world was good. Manicheanism had a huge influence in the 3-4 centuries. We can see it in the harsh asceticism of the early monks for example.

Augustine’s teachings on the nature of evil countered this. He taught that the created world is good because God does not make evil. Instead evil is good twisted, distorted or destroyed.

While Manicheanism is also a footnote in church history, the idea that the physical world is bad and the spiritual world is good continues today. It is present in some New Age teachings and in Eastern religions and philosophies. It also lingers like an echo in elements of Christianity. It is tempting to look down on physical pleasures, and the right embrace of holy poverty can be twisted into a hatred or disgust or guilt about the goodness of the physical world.

The third heresy is Pelagianism. This is named for the British monk Pelagius (d. 420) His teaching was probably misunderstood, but if so, the misunderstanding was that he taught that the human will was not so tainted by original sin that it lost its power to do good. In other words, you can do good without God’s help. This led to the conclusion that you can get into heaven through good works.

Augustine corrected this heresy with his teachings on grace. It is God’s grace, continually working in and through creation and in and through our own lives that empowers our faith, empowers our good works and empowers the supernatural transformation of our lives.

These three heresies do us the service of bringing to light the true Catholic teaching. The created world is beautiful, good and true. If this is true, then we also, created in God’s image are good. However, that goodness is wounded by original sin. While we don’t have to be perfect at once, that is our destiny, our calling and the hard adventure on which we must embark. God’s good grace gives us the power to do this. Without his grace we are paralyzed by sin and locked in darkness. With his grace we can be free.