Believe it or Not

Believe it or Not 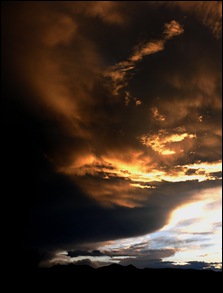 I once had a conversation with one of my fellow Anglican priests at our Diocesan Clergy Conference.

Simon was a very nice English guy, diffident, intelligent and self effacing with a good sense of humor. He had received a typical mainstream, liberal education and was an Anglican priest of the broad church, progressive opinion.

After a couple of drinks at the bar I said, “Tell me. Straight up. I’m interested. What is it you actually believe?”

He was embarrassed. In England even clergyman are not expected to speak openly about religion…

“Well, uh. God. If he exists (wry smile) is there, and um. He is sort of, well. I wouldn’t expect him to intervene in any way but I suppose he is rather like the example of what we should aim to be.”

“He shows us what God is like. He’s an example for us.”

“Well I don’t think there is any such thing as an objective theology. These are terms that were useful in their time given the context, the religious and philosophical structures that were in place. Now? I’m not sure that sort of language works in this day and age. Still, maybe they work on a kind of poetic level.”

“More than symbols perhaps. A metaphor. A way of speaking about truths that are, in the end, I suppose ineffable.”

Over the next drink my tongue loosened a bit and I said, “You know Simon, I have to admit, I believe the whole thing.”

“The old, old story. Sinful man. God’s son. Death on the cross for the sins of the world. Virgin Birth. Angels. Shepherd. The whole thing. I believe the whole thing.”

I laughed back. “I do! I really do! Miracles. Feeding the five thousand. Walking on the water. Raising the dead. The forgiveness of sins, the resurrection of the dead. The life everlasting.”

“I’m not. You see, I’d rather believe too much than too little. When I get on the other side I reckon it will be easier to be forgiven for believing too much doubting too much. I’d rather take the risks of being gullible than being cynical. Call me a little child, if you like, but I remember that it is the little children who get in through that low doorway, so I’m going with the full works. The whole shooting match.”

He shook his head incredulously. “You’re a fool.”

“What about the wise men and the star?”

“I am totally in on the wise men and the star! Yes! Camels and gifts from Persia. Count me in!”

This conversation came back to me at Mass on Sunday. Suddenly in the middle of the creed I realized that I believed it all. I believed it all much more deeply and profoundly than I was conscious of. After years of following Jesus Christ I believed it all at a depth of my being in which I was locked in. It was rock solid. “The dearest, freshest deep down things.”

Then I was reminded of God’s Grandeur

And knew that you either believe it or not. You accept like a child the whole thing and then with the curiosity of a child explore and question the whole thing to understand more, and that this is faith and the life of faith and what would you do without it? Nothing. You would have nothing but this material world which will all fall into dust and ashes.

So believe it or not, and if you believe it live it and when you fail to live it repent and be forgiven and start again like a new morning.