Bob Jones’ Apology? This From a Bob Jones Grad

Bob Jones’ Apology? This From a Bob Jones Grad 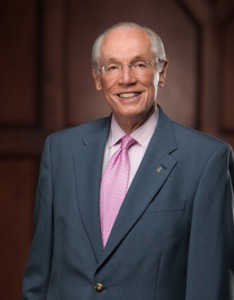 Splashed across the headlines today is the news that Bob Jones III–Chancellor, former president and grandson of the founder of Bob Jones University, has apologized for some inflammatory remarks about homosexuals thirty five years ago. USAToday carries the story here. Back in 1980 Bob Jones stated that he thought homosexuals should be stoned. Now he apologizes. The Huffington Post carries more on the story here. Jones said,

I take personal ownership of this inflammatory rhetoric. This reckless statement was made in the heat of a political controversy 35 years ago. It is antithetical to my theology and my 50 years of preaching a redeeming Christ Who came into the world not to condemn the world, but that the world through Him might be saved. Upon now reading these long-forgotten words, they seem to me as words belonging to a total stranger — were my name not attached.

I cannot erase them, but wish I could, because they do not represent the belief of my heart or the content of my preaching. Neither before, nor since, that event in 1980 have I ever advocated the stoning of sinners.”

As a 1978 graduate of Bob Jones University I can testify that Bob Jones III was outspoken about homosexuals. I can remember one incident when some boys were caught in homosexual activity and from the chapel pulpit “Dr Bob” said, “If we find anyone like that we’ll ship them right out of here, but I’m telling you preacher boys, if you find some gay boys here you take them back campus and rough them up before we ship them.”

Not exactly stoning, but encouragement to bash them up.

We should put all this in context. Bob Jones III and his father Dr Bob Jr. made their reputations for being firebrands. They shot from the hip and played the prophet. They harangued politicians, mocked liberals, condemned sinners, shook their fist at the federal government and made enemies of their fellow fundamentalists. It played well in the fundamentalist heartland.

There were against liberals of all sorts. Shucks, Billy Graham was too liberal for them!

They were also virulently anti-Catholic.

I was there when Pope Paul VI died and Dr Bob Jr from the chapel platform (and later in writing) said  “Pope Paul VI, archpriest of Satan, a deceiver and an anti-Christ, has, like Judas, gone to his own place..” I have written further about the anti-Catholicism at Bob Jones here.

The point I’m making is that the inflammatory rhetoric was par for the course at Bob Jones. Bob Jones III seemed to be trying to compete with his father in his holy outrage and intemperate and uncharitable remarks.

What do I think about it?  Continue Reading