Can a Woman be a Patriarch?

Can a Woman be a Patriarch?

My latest article for National Catholic Register asks whether patriarchy is a bad thing and whether you can have Christianity without patriarchs, popes and papas. 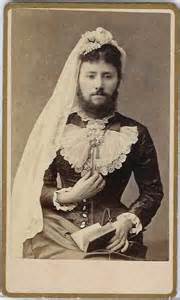 Modernists would argue that all gender identities are inventions from social circumstances. In other words, what we call a “man” or a “woman” is defined by learned customs and conventional traditions. A little girl is given a doll, a play kitchen and fashion cutouts so she learns to do girly things and identify as a woman. A boy is given guns and soldiers, trucks, cars and footballs so he learns to identify as a man.

If gender is learned from society, the modernist contends, male and female family roles are similarly learned. Back in the day, a young man learned that he should go to work and support his family; the young woman learned that she should stay home, have babies and make sure the pot roast was ready for the man of the house when he walked through the door, hung his hat on the rack and called out, “Honey, I’m home!”

Because these roles are no more than social customs, the gender relativist argues, they can be dispensed with. New roles can be devised and learned, and the oppressive, old roles can be discarded. For those who wish to dispense with traditional gender roles, the Catholic Church is seen as an impossibly archaic and obstinate obstacle.