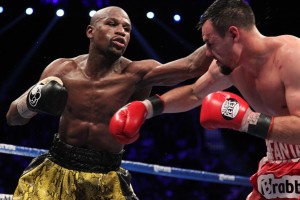 I remember when I first converted to the Catholic faith an old Irish priest said, “Ahh, you’ll find that the Catholic Church is just as divided as the Anglicans.”

I disagreed with him for a reason I’ll come to later, but I certainly discovered that the Catholic Church was divided.

In England, where I then was, the divide was papered over in the usual way the British have of pretending nothing is wrong.

In the USA I found the divisions to be sharp and the walls between various tribes to be tall and impermeable.

It is like there are two separate Catholic Churches in the USA which might be called “The Establishment” and “The Loyal Opposition”.

I choose these terms carefully rather than “conservative” and “progressive” or “traditionalist” and “modernist”. However, those other terms have their own uses.

The old Irish priest seems right. If there are not as many divisions in the Catholic Church there is certainly a large basic one between “The Establishment” and “the Loyal Opposition.”

If I were to paint a picture of the two sides with a broad brush I’d say “The Establishment” believe tradition is the anchor of the Catholic faith and the authority of the Church–voiced by the Pope is the fixed rock on which they stand. They are strongly pro life which means they oppose abortion. They see traditional marriage as being the cause of human happiness not its enemy. They want their worship to be God centered not people centered and they want that worship, therefore to be beautiful, reverent and transcendent. They want to be faithful, good Catholics which requires self discipline, self sacrifice and service.

The Loyal Opposition, on the other hand, feel that the voice of Catholic authority is first with, for and by the people of God and the Bishops and the Pope are rightly the servants of the people of God. Truth is consensual and shared rather than being imposed from above. They prefer the pastoral solution rather than the legalistic solution to difficult moral questions and they value individualism and the freedom to challenge church teaching where it seems harsh, hypocritical or downright unrealistic. Because their religion is more people centered they think service to the poor and vulnerable is the most important task of the church and that worship should be accessible, understandable with full participation of all God’s people.

An easy summary is to see that the two sides emphasize the two great commandments to love God and love our neighbor.

Why am I a member of “The Establishment” rather than the Loyal Opposition? Continue Reading