Can Islam be Reformed?

Can Islam be Reformed? 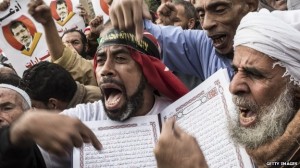 Can the religion of peace turn away from shooting schoolgirls in the head, slaughtering people on vacation, selling people into slavery and torching churches?

Given their circumstances, it’s unrealistic to expect the majority of Muslims to adopt enlightened attitudes and practices. In essence, it’s asking them to stand up to their own religion. That’s asking a great deal, especially in light of the fact that we show so little willingness to do the same—stand up to their religion, that is.

If you’re a moderately-inclined Muslim living in some Mid-Eastern country and you notice that non-Muslims living in the relative safety of the West are afraid to speak against Muslims behaving badly, what’s the likelihood that you’ll take up the gauntlet? With much less to risk, citizens of the U.S. and Europe are—what’s the word?—deathly afraid to offend Islam. Why should you stick your neck out—especially when the penalty for sticking one’s neck out in your part of the world is to get it cut off?

Part of this problem is the nature of  Islam itself. It is a religion of the book, and the book was supposedly dictated by the Angel Gabriel.

When your book is straight from heaven it is difficult not to take a completely literal, fundamentalist approach.

“How does this differ from Christian understanding of the Bible?” you might ask. Continue Reading