How to Be a Catholic Tree Hugger

How to Be a Catholic Tree Hugger 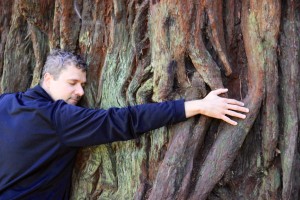 The Holy Father Pope Francis exhorted us all to be better stewards of the earth’s resources, and that is not only good Catholicism. Its good common sense.

However, has anybody else noticed how Catholics who are keen on Earth Day seem to be taking their cues not from our Catholic tradition–which has a pretty good record for encouraging good stewardship of the earth’s resources–but taking the lead from the secular environmental movement.

Then we have the problem where conservative Catholics see all the New Age, globalist stuff and back off completely saying for Earth Day they’re going to turn on all the lights, drive their cars more and use spray cans and cut down a tree. Sure, they’re just joking but why not have the final joke and do Earth Day in a truly Catholic way?

Its okay to be a little bit of a tree hugging hippie.

Here are some suggestions: