Charlie Rose and the Reason for Rules

Charlie Rose and the Reason for Rules 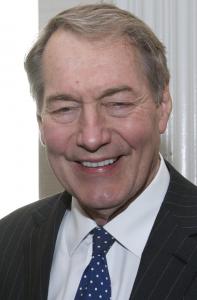 And now its Charlie Rose, and I reckon the hits are going to keep on coming.

There’s something spooky about this that nobody else has noticed: all these revelations about creepy predatory celebrities have suddenly tumbled out right after the death of Hugh Hefner.

It’s almost like that Hugh’s death closed the Playboy Chapter of American history and now all the girls are speaking out and saying, “Hey. We don’t want to be bunnies anymore!”

The sexual revolution was all about chucking out those fuddy duddy old rules about sex being kept for marriage. Suddenly it was “If You Can’t be With the One You Love Honey, Love the One You’re With.”

The rules went out the window, and indeed the same mentality has crept even into the Catholic Church. Some Catholics want to put away those black and white, hard and fast, rules. There should be no more talk about acts that are “intrinsically evil” and the “pastoral approach” is to be recommended in which circumstances and intentions prevail over rules and regulations. Individual conscience is the pre eminent rule.

But the present firestorm of accusations against sex pests and predators shows just how important the rules really are.

The rule are not simply to prohibit predatory behavior. They are also in place to protect people.

They are there not only to protect the victims who are being preyed on, but also on the men who might be innocently accused.

This was brought home to me not long ago when a woman was divorcing her husband. She went around telling people he had had an affair. They all thought he was sleeping with another woman, but the wife meant he was having “an emotional affair” and that consisted of the fact that the fellow had been chatting on Facebook with his old High School girlfriend. Now that may have been dumb and may have been injurious to his marriage and hurtful to his wife but it wasn’t adultery.

The rules are also definitions and definitions are important because they give a clear and strict understanding of what exactly happened and why it was wrong. Everyone knew that groping a woman or making sexual suggestions to her were wrong, but they were not fornication or adultery. They were indecent, insulting and degrading.

The rules therefore helped to protect not only the victim, but also the person who was accused because it was clear what they had done and what they had not done.

Now that there are no rules everybody makes up their own rules. Now that sentimentality and emotions rule the society anyone can make any kind of accusation against any other person and bring their world crashing down.

Because there are no rules anything goes, but also nothing could go.

What if a man smiles at a woman and undresses her with a dirty look? Is that sexual harassment? Who decides?

Don’t misunderstand. I’m not defending predators or sex pests. I’m pointing out that there was a reason for the rules and the reasons were not simply to prohibit certain activities. They were also to protect the innocent.

Boundaries were set up by the rules and those boundaries extended outward to include other behaviors which were unacceptable if not criminal. The rules were rooted in an appreciation and affirmation of Christian marriage. Christian marriage was the foundational rule and all the others flowed from that. Good actions supported marriage. Bad actions broke marriage. It was simple.

Once the boundaries were broken in the name of “anything goes” then things continue downward into chaos.

I predict that this wave of accusations is going to lead to a new emphasis on morality in our society (see my post here on the New Puritanism) and that this negative manifestation will be balanced by a new generation who will be done with the sexual free for all and start looking for positive, life affirming, rules to help build good, solid life long partnerships.

That is something we call “marriage” and when they come searching the Catholic Church will be there to help show the way.