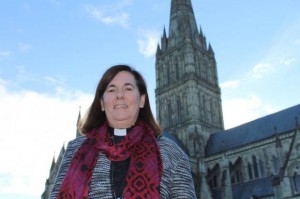 Long time readers of my blog may remember one of my alter egos named The Rev’d Humphrey Blytherington–a lovable but doddery Church of England country vicar.

In this post from 2009 Humph was dealing with the outrageous subject of Christian nudism.

“It’s a serious matter.” Lavinia replied. “It’s perfectly natural to enjoy being naked, and naturists are discriminated against simply because they prefer to go about as God created them. I think it’s a jolly good thing the government is doing something about the frightful discrimination against these people. Did you know Georgie was turned out of her post as a Girl Guide leader when they learned that she and I enjoy beach vacations in Malta? Anyway, Georgie and I are starting something called the Ancient Order of Anglican Adamites and I was wondering of you and Daphne would like to give it a try?”

Lavinia’s always one for bright ideas, so I asked her what the Anglican Adamites were exactly.

She said very primly, “The Adamites are a very ancient expression of the Christian religion. They practice ritual worship as nature intended without the encumbrance of textiles. In solidarity with the naturists who are being discriminated against we are forming the Ancient Order of Anglican Adamites to bring this matter to attention of the General Synod. We will be campaigning for ‘textile free’ options in worship.”

“Do you mean to say that you want people to come to church in the nude?”

“No one has to, but we want people to have that option if they wish.”

“Not really Humph. If you read up on the Adamites you’ll see that their pedigree goes right back to the second century. It’s arguable that they are the genuine Christian article, and all we’re doing is restoring the original primitive Christian faith. There have always been Christian naturists, but they’ve been persecuted by the hierarchical, patriarchal Roman Catholic Church. Oh yes, you can trace them right back to the beginning.

Now it seems that Lavinia is for real. Not only is a lady vicar advocating nudism, but she’s the Bishop elect of Sherborne.

You can read about her here

The Church of England has appointed as Bishop of Sherborne a leading advocate of Christian nudism. On 26 Nov 2015 the Prime Minister’s Office announced the The Queen had approved the nomination of the Ven Karen Gorham, the Archdeacon of Buckingham, to the Suffragan See of Sherborne in the diocese of Salisbury in succession to the Rt Rev. Graham Kings.

The new Bishop of Sherborne, who will be consecrated in February at Westminster Abbey, has urged churches to educate their members on naturism, or nudism. “There is need for much education and openness to talk about issues of sexuality, to remove false taboos which we tend to have about our own bodies, and to define the differences between what is impure and what is godly and properly natural to us,” she wrote in “Naturism and Christianity: Are they compatible?”.

Rev Karen Gorham, it would appear, does not practice nudism herself, but she thinks nudism is perfectly compatible with Christianity.

I suppose some people in the Church of England will advocate this in order to boost failing numbers in church. It would certainly solve all the problems a vicar might have about what liturgical color to wear on a particular day. On the other hand, the climate itself in England is not exactly conducive to too much nudity, and I expect it will be a damp squib.