Conspiracy Theories and the Assassination of JFK

Conspiracy Theories and the Assassination of JFK 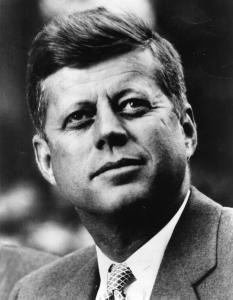 Will the secret archives on the JFK assassination reveal anything new?

When it comes to the mania surrounding conspiracy theories, the JFK killing is near the top of the list.

Having lived in England for many years I have observed since moving back to the USA that Americans seem to have a particular fondness for conspiracy theories. When I lived in England people were not so scared all the time.

When Obama was president you heard stuff like:  Obama was a Muslim Manchurian candidate. He was a foreigner and a secret communist. He was gay. He was atheist. He was anti American. He wanted to take your guns. He despised you. He wanted to close down your churches. He was secretly working for the Saudis and the Iranians. He hated God’s people. He was going to declare martial law and lock up conservatives in FEMA camps.

No doubt with the release of more JFK material the conspiracy theory mills will start grinding again.

Why is this? Why are Americans so wild about conspiracy theories?

Conspiracy theories are a waste of time because they are internally self contradictory.

They chase their tails in a kind of nail biting, wild eyed introspection which follows the irrational logic of insanity: You start with the conspiracy theory. If there is no evidence for the official line it proves that ‘they’ are lying. If there is evidence, then it must be a fake. If there is incontrovertible scientific evidence it proves how very good ‘they’ are at covering up. If there are eyewitnesses it shows how easily people can be bought.

Conspiracy theorists tiptoe through quicksand. All evidence is suspect. All witnesses gullible dupes. All authority is involved in the massive cover up.

Let me illustrate how the fault of being internally self contradictory is revealed: Let’s take an interesting and historical conspiracy–that Queen Elizabeth I was a man. This is the old story of the Bisley Boy. To be brief, the conspiracy is that the infant Elizabeth was in the country town of Bisley during the plague. She died and the villagers–terrified of the king’s wrath–substituted the only other red haired child of that age, and it was a boy. Chances were that he would die young as well, and no one would know. But he survived, and the older he got and the more it looked like he would inherit the throne the more it was in his, and everyone else’s (who was in the know) interest to maintain the fiction. For the conspiracy theorist this explains Elizabeth never marrying, never allowing herself to be seen unclothed even by her handmaids, it explains her being bald, having a deep voice, enjoying masculine sports like hunting, wearing wigs and heavy make up, and it explains why she forbade an autopsy after her death.

Now for those who like conspiracy theories, this is a humdinger. The problem is, as with all conspiracy theories, it is internally self contradictory, for if the received truth that Elizabeth was female is overturned, why then most anything, with a little bit of ‘evidence’ might be promoted as the ‘truth’. We might say (as some do) that Elizabeth was actually William Shakespeare. We might cook up some other conspiracies and say she was a witch, or that she was cursed by the ghost of Ann Boleyn or that Mary Queen of Scots was not beheaded, and instead Elizabeth was beheaded and Mary Queen of Scots took the throne, but to avoid rebellion she pretended to be Elizabeth and all her courtiers (for fear of losing their own heads) helped to maintain the fiction.

The number of conspiracy theories is only matched by the amount of imagination people have along with the need to find some greater hidden meaning to it all. It’s a form of illness and the final slam for conspiracy theorists is to ask, ‘So what?’ So what if JFK was actually murdered by LBJ, George Bush and the Cuban Cigar manufacturers? Can you do anything about that? So what if you discover incontrovertible proof that George W Bush murdered JFK Jr in a rigged plane crash or Elvis ate a poisoned peanut butter sandwich or Bill Clinton is a secret Rockefeller love child? Or Princess Diana was murdered by an international secret group of reptilian aliens. What are you going to do about it? Nothing. So at worst it’s a waste of time and at best its an amusing hobby.

Why do Americans have such a passion for conspiracy theories? Continue Reading