Did They “Bury a Bum” at the Vatican?

Did They “Bury a Bum” at the Vatican? 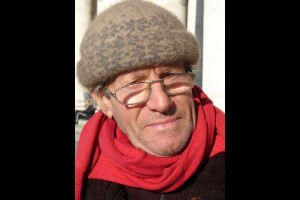 On Dec. 12, Willy died in a hospital near the Vatican and a few of his friends began to look for a burial place for him. German journalist Paul Badde, author of “The Face of God” — a book about the Holy Veil of Manopello — had just become a brother in the Confraternity of the Campo Santo of the Teutons. The Campo Santo Teutonico, or Teutonic Cemetery, is a small piece of land within the Vatican walls donated by Charlemagne as a burial plot for pilgrims of German or Flemish descent who died on pilgrimage to Rome.

Because Willy Herteleer was Flemish, Badde suggested that he be buried in the historic Vatican cemetery. Angela Ambrogetti, writing for the Catholic News Agency, recalled how “Willy’s friends organized everything, obtaining the necessary permission from the Vatican, Italy, and Belgium, where Willy began his life. They made contact with his family — his four children whom he had not seen for decades.”

This simple act of charity might have remained no more than a touching story of a few Catholics performing a corporal work of mercy by giving a dignified burial to a poor man. Instead, it has erupted into an online firefight illustrating the polarization within the American Catholic Church.