Hillary Clinton and the Question of Trust

Hillary Clinton and the Question of Trust 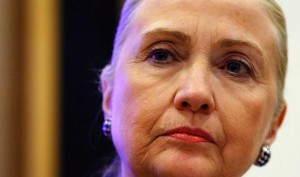 One of the parts of my job as a parish priest is working with couples whose marriages are going through a crisis.

One of the most crucial aspects of most marriage breakdowns is the question of trust.

Honesty and trust are vital in any relationship, and once trust is broken it is very difficult to repair.

A typical situation will be the husband’s adultery. Once he has broken trust with his wife and she finds out, it takes a very long time and painstaking, daily effort to re-build that trust.

The relationship between a politician and the people is not completely dis similar. Despite decades of evidence to the contrary, people still expect to trust their politicians. Despite the evidence of corruption, graft, inside dealing, power grabs and snouts in the trough, people still hold an ideal that maybe, just maybe a politician might be there to serve his or her constituents and  country.

In other words, people still expect personal integrity, honesty and transparency in service.

Like a wife who doesn’t want to believe that her husband is unfaithful the public look the other way and deliberately believe the public relations spin the politician pumps out.

They so much want to believe this, that they will often overlook slip ups. They will accept excuses. They swallow the denials, the diversions, the shifting of blame. They still want to invest in their chosen leader and want to believe the best. Continue Reading