If You Believe in Fairies…

If You Believe in Fairies… 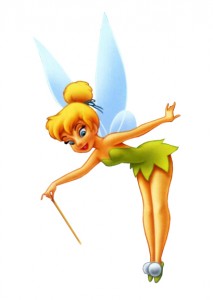 You  may remember that episode in Peter Pan when Tinkerbell is about to perish and all the children in the audience are asked to clap their hands if they believe in fairies. Their clapping makes Tinkerbell come back to life.

Tinkerbell seems to have invaded the mindset of modern man. That is to say, too many people think that if you believe something it makes it so, and if you do not believe something that makes it so. How often have you heard people say, “Well, I don’t believe in Hell.” Then they go on living like the devil–imagining that just not believing in Hell makes Hell go away. (Here is a connected post: Do You Believe in Hell?) Likewise a good number of religious people think that just by believing a particular doctrine makes it so.

This is practical relativism. It is sometimes expressed as “If that belief works for you, then that’s good. It doesn’t work for me.” Thus belief is relegated to a kind of utilitarianism. “Choose a belief you like, and the belief you like is the one that ‘works for you.’”

Truth, however, is not something you make up for yourself.  Read more.