Is It OK to Lie to Do Good?

Is It OK to Lie to Do Good? 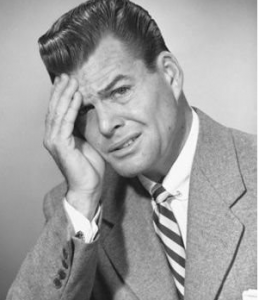 Help Me Out Here…

As I predicted, the public relations machine at Planned Parenthood are now portraying themselves as being “harassed” by “a concerted smear campaign orchestrated by the most extreme elements of the anti-choice activists.”

They object to the fact that the David Dalieden and the Center for Medical Progress spent years allegedly putting together a fake company, falsifying documents and lying about who they really were.

It’s easy enough to pick up that hand grenade and lob it back. Planned Parenthood was founded by the racist, eugenicist Margaret Sanger. They’re in the abortion industry, but present themselves as being all about “women’s health care”. The present themselves as a non profit, but are dealing in billions of dollars of government funding, charging for their services and paying their directors whopping salaries.

But we’ll leave that stone throwing on one side.

What about the essential question, “Is it okay to lie for a good purpose?”

In other words, “Is it okay to do wrong for a good motive?”

The strict answer is “No. If an action is wrong it is always wrong and nothing can make it right.”

This is the first principle of Catholic moral theology–that an action is objectively right or wrong and that can’t be changed according to circumstances or intention.

However, while the “rightness or wrongness” of any action can’t be changed because of circumstance or intention, the culpability of the person doing the action can be increased or lessened.

Let’s say, for example, that Gertrude has just come to church in a hideous new hat and she asks you, “Do you like my new hat?”

You know that Gertrude suffers from poor self esteem, and you with to be kind and good. Your intention is therefore nothing but positive. Furthermore, the circumstances are such that you know she was just insulted last week by another person on account of her poor taste in hats.

You could prevaricate and say something sneaky like, “My goodness Gertie! What an amazing hat!” or “Only you could wear that hat Gertie!”

Or you could tell a fib and say, “I love the new hat Gertie! It’s beautiful!” Continue Reading