Is the Antichrist One World Government About to Appear?

Is the Antichrist One World Government About to Appear? 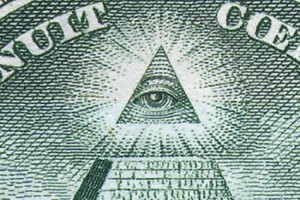 I should say straight up that I am not a political animal.

That is to say, my usual response to politics is to shrug and say, “A plague of both your houses.”

My cynicism about politics springs from several instincts. The first is that anybody who wants to be in power probably shouldn’t be, while those who should be in power run the other way.

History has shown that ambitious men and women are all too often the product of a dysfunctional family. They’re unhealthy, unhappy people, and their addiction to power is much the same as any other addiction: a sickness.

Well, maybe and maybe not.

Nevertheless, this instinct dies hard, and when you see politician after politician who (no matter what party they are) essentially pursue the same policies as the other side you begin to think that maybe there was something in that “one world government” stuff after all.

In the United States there is scarcely a difference between the actions of the Republicans and the Democrats. The rhetoric is different, but the actions are the same.  The emphasis might vary slightly and the ideologies might be a bit different, but for the most part it’s business as usual. Continue Reading