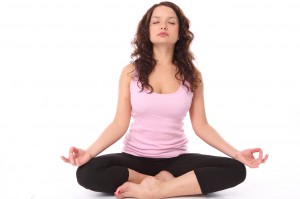 Television preacher Pat Robertson has warned viewers not to practice yoga because they will be unwittingly be praying to Hindu gods. What is yoga and is it incompatible with Catholicism? Fr John Hardon explains more about it in this short article

Yoga is incompatible with Catholicism because the best known practice of Hindu spirituality is Yoga. Inner Hinduism professes pantheism, which denies that there is only one infinite Being who created the world out of nothing. This pantheistic Hinduism says to the multitude of uncultured believers who follow the ways of the gods that they will receive the reward of the gods. They will have brief tastes of heaven between successive rebirths on earth. But they will never be delivered from the wheel of existence with its illusory lives and deaths until they realize that only God exists and all else is illusion (Maya). To achieve this liberation the principal way is by means of concentration and self control (yoga).

As a simple get fit exercise yoga is not harmful to a practicing, well balanced Catholic, but the problem comes with that multitude of Catholics who are weak in their faith or non practicing.

The benefits of yoga may soon lead them more deeply into the practice of Hinduism and while they may not adapt the formal teachings of Hinduism their lifestyle and mindset may become less and less Catholic and increasingly pantheistic. The yoga practicer is more likely to say, “I’m spiritual…not religious” and if they’re already drawn to an alternative form of meditation they may well become careless about their Catholic faith.

The reason so many Christians take up yoga and transcendental meditation is because they have no access to the greater forms of Christian prayer. Evangelicals have a notoriously shallow spirituality. They pray asking God for stuff and that’s about it.

Catholics, on the other hand, have a treasure house of deep and wonderful spiritualities. I remember a friend who was a lapsed Catholic getting all involved with a transcendental meditation guru. Then it all went South when the guru started fleecing her for money. She lost thousands.

When I asked her why she was attracted to this cult she said it was through meditation.

“You’re a Catholic. Why didn’t you practice Catholic meditation?”

“You use the Rosary or you practice contemplative prayer. You do the Ignatian Exercises….there’s loads of ways to learn meditation and contemplation in the Catholic tradition.”

“Really? The nuns never taught us that.”

“You went to a convent school?”

“Yes. We never learned any of that.”

This is true not only of yoga, but of many other alternative forms of religion. Catholics go astray because they are looking for something they never got in the Catholic Church. The tragedy of this is that everything beautiful, good and true in other religions and in other expressions of Christianity we have in the Catholic faith, and we not only have it, we do it better. Image via Bing