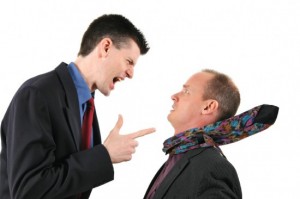 My latest article for Aleteia outlines some of the basic principles of apologetics.

Some Catholics get apoplectic about apologetics. They argue with atheists and pick fights with Protestants. They not only need to win, they want to bash the enemy. Valiant warriors for Catholic truth, they shout down the unbelievers and shoot Bible verses back and forth like gunslingers in a shootout. As veteran apologist Patrick Madrid has observed, “They end up winning an argument but losing a soul.”

“Apologetics” is the attempt as St. Peter advised, “to be ready at all times to answer anyone who asks you to explain the hope you have within you” (1 Peter 3:15). To give that answer, one must first gather the information and study hard to understand and master the content. Secondly, one has to identify the person asking the questions.

For apologetics to be an effective part of the New Evangelization the right tone must be established between the Catholic and the inquirer. I often get e-mails from Protestants or atheists who are trying to pick a fight. I have learned to never take the bait. Instead I thank them for the e-mail and explain that I don’t argue with people, but if they have questions about the Catholic faith I’ll take all the time in the world to answer them to the best of my ability.