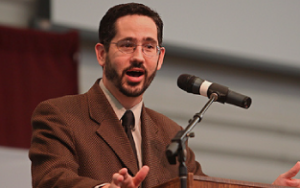 My article for CRUX this week highlights the new wave of New Testament scholarship in which the tired old theories of the liberal academics are at last being overturned with new discoveries, insights, facts, common sense and faith.

The radical, revisionist scholarship reached it’s high point with the so called “Jesus Seminar” in the 1980s and 1990s. Led by Robert Funk, John Dominic Crossan and Marcus Borg, the Jesus Seminar scholars tried once again to determine which parts of the gospels might be historical.

In a shelf of popular and scholarly books Borg, Crossan and later Bart Ehrman wrote in a patronizing style about how Jesus was really rather a wonderful person who taught beautiful things we should all believe even though “all those stories in the New Testament are fairy tales.”

Happily, a new generation of scholars—many of them Catholic—are at last coming at the subject of New Testament scholarship with some humility and common sense.

The turning point in the scholarship has been the increased understanding of the relevance of the first century Jewish context  of the New Testament. As scholars and archeologists have uncovered an increasing amount of information about first century Jewish culture, beliefs and writings, they have come to understand more deeply the meaning and historicity of the gospels.

Put simply, a deeper understanding of first century Judaism has illuminated the New Testament, not only revealing new depths of meaning, but also affirming its early date and historical authenticity.