Ideologies and the Adventure of Faith

Ideologies and the Adventure of Faith 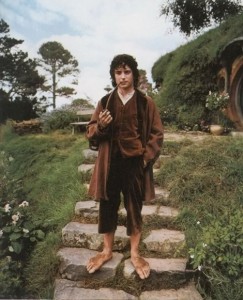 If you’re searching for the meaning of life, I’ve been thinking lately that there are really only three options.

The first option is nihilism. That is, that there is no meaning of life and the search for meaning if a fool’s errand, a wild goose chase, a pointless quest. If that is your point of view, then I guess you might as well stop reading this post right now and go make a sandwich.

However, if you believe there is some meaning to life, then there are two choices: faith or an ideology.

When I say “faith” I mean a particular kind of religious response to the mystery of life. I’ll explain more about this eventually, but I should say up front that the “faith” option is not simply the Catholic faith. I believe the Catholic faith is the fullest and most true and wonderful expression of the faith option, but there are many other forms of the faith option.

The third choice after nihilism and faith is an ideology. An ideology is any belief system which is adhered to unquestioningly and provides the matrix through which everything else is perceived and understood. An ideology is almost always linked with a legalistic understanding of human behavior. There is not only a set of beliefs which must be adhered to, but there is also a subsequent set of behaviors that are expected. Furthermore, the mark of an ideology is that those who follow it feel obliged to impose it on others. They logic goes like this: if their belief system and behaviors are the right ones, then it follows that other people should adopt those beliefs and conform to those behaviors.

Ideologies are everywhere. Some of them are formal and recognizable like Marxism, radical feminism, Nazism or White Supremacism. There are more ideologies, however that are cultural. These ideologies are woven into a culture more imperceptibly though media, education and cultural assumptions. So, in the USA, for example the ideology of human rights as the highest virtue is engrained in everything from legislation through to the assumptions of education, the media and everyday business dealings. Don’t get me wrong, a belief is not necessarily false just because it has become an ideology. Indeed, the most effective ideologies are based on beliefs that are true and good. They become ideologies when those truths are taken on their own or are out of balance or they are used to negate other truths.

What really makes this interesting to me is that religions can very easily become ideologies. Continue Reading