On Being a Missionary

On Being a Missionary 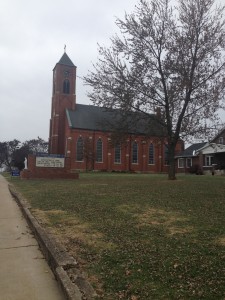 In the Evangelical Fundamentalist world in which I was raised our heroes were the missionaries.

These courageous men and women gave up everything to go live in the jungle or some other God forsaken, rat infested place to preach the gospel. They went to the desert of North Africa, the jungles of Burma and countered the dangers of communist Eastern Europe.

….so he sent me to England.

In fact, when after twenty five years that mission field proved to soft, I asked to be sent to a place where the people’s hearts were even harder and they hated God and loved their idols even more…

…so he sent me to suburban America.

The fact of the matter is, I never did ask to be a missionary like that, but I did have the missionary spirit. I wanted to serve God and the gospel with my whole heart.

Now, as I’m pushing sixty I realize that my prayer was answered even despite myself. The other side of me wanted a comfortable life. I wanted to hunker down in an Anglican country vicarage and pull down the shutters and block out the world. I wanted to retreat to my cell, my study, my books and my writing and solve the world’s problems in my head.

Where it was safe.

Instead I’ve moved on. After seven years or so in a place God has called me to pull up the tent stakes and move to the next oasis in the desert.

It’s been an adventure and I have no regrets.

This week the long and winding road has brought me to a windswept hillside in middle Missouri.

It’s a real nice place where German Catholics settled on their farms and built solid brick churches on hilltops.

When I get an invitation to lead a parish mission I always try to say yes.

It’s not easy because sometimes the place is in the back of beyond and you have to travel a bit to get there..but I like these country parishes. There’s something authentic and natural about them that is sometimes lacking in the larger suburban places.

It’s not easy to do these missions because I have to get cover for my own masses and that’s increasingly tough.

It’s also not easy because to do these missions I have to charge a fee to make our ends meet and I am aware that this is tough for some parishes.

But as I go I realize how grateful the people are for the few meager morsels I toss them.

They’re grateful that I’ve come and we have a good time sharing the good things of the Lord.

As usual in ministry and mission I come away feeling that I have received more than I’ve given, and on the whole this is a good and happy thing to do.

Fact of the matter is, I’d do this full time if I was called to it. I’d live in a little hut somewhere with my books and a fireplace, the dog, the pipe and the music and the silence.

But that is not what I’ve been given. I’ve also been blessed with the most wonderful wife and family–and my own parish full of joys and sorrows– A full and abundant life and this community of mine is where I really live and where I really thrive.

So after my week in the farmland of Missouri I’ll be back in the midst of that life: juggling the demands of a growing parish with life in the suburbs, two kids in high school, two in college, a wife who works, two dogs a cat and I think one of the fish is still alive.

I never made it to the jungle tribe of lovable and wicked naked savages.

I didn’t need to.

I found them where I was. They were there all the time…

…and their chief keeps staring at me from the mirror.