On Luxury Cars, Simplicity of Life and Francis the Pope

On Luxury Cars, Simplicity of Life and Francis the Pope 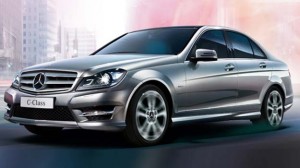 As a Catholic priest I am bound to observe Canon 282 in the Code of Canon Law which states “Clerics are to foster simplicity of life and are to refrain from all things that have a semblance of vanity.”

The problem is, I am shopping for a new car since my 2007 Volvo S60 was smashed by a 1977 Ford Bronco with a steel girder for a front bumper.

I am therefore asking myself what sort of car would “foster simplicity and help me refrain from all things that have a semblance of vanity.”?

The Chevy Camaro I took for a test drive is therefore excluded. I think that would be vain. I would drool a little whenever I got into that machine and that would not be good.

However, what about a very solid, reliable European motorcar? I’m thinking of a Mercedes or another Volvo.

What exactly is simplicity after all? I would be driving that Volvo or Mercedes not out of vanity. In fact, I would be a bit ashamed to drive it around being a priest and all.

Given my personality type I am really not driving it for vanity’s sake. I don’t care too hoots for all the luxury stuff like moon roofs, blue tooth, swoopy sound systems and seat heaters.

I like those kind of cars because they are beautiful. They are well engineered. They are safe. They are reliable. They are smooth and elegant.

I can’t forget G.K.Chesterton’s quip, “There is more simplicity in a man eating caviar because he likes it than a man who eats grape nuts on principle.”

Then one has to consider the impression one makes as a Catholic cleric.

You could pull up in a six year old Mercedes that costs less than a three year old Toyota, but people would probably tut tut over the Mercedes and not give two hoots about the Toyota.

Which brings me to the Pope.

He’s very conscious about the impression he makes. He goes out of his way to ride the bus with the ordinary guys, turns down the Mercedes popemobile in favor of the Jeep. He wants to live in the St Martha hostel, not the apostolic palace and he wants us clergy to do the same.

To adapt Chesterton’s line maybe “There is more simplicity in a man driving a Mercedes because he wants to than driving a Ford Fiesta on principle.”

So what is simplicity?  Is it a sin to enjoy the good things of life?

We’re not all Franciscans and we haven’t taken a vow of poverty. Are we to practice austerity or just simplicity?

I’ll let you know if I get the Ford…