Peter and the Empty Promises of Progressives

Peter and the Empty Promises of Progressives 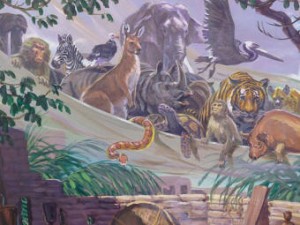 Today’s Mass readings include the story from the Acts of the Apostles chapter 10 in which St Peter has a vision of a sheet full of unclean animals lowered from heaven.

He is told to “Take and eat.” At first he refuses because to do so would be to break the Jewish law. However, the Spirit persists and he comes to realize that the meaning of the dream is that the gospel is to be taken to the “unclean” Gentiles. This is a radical departure from the tradition because the Jews considered the Gentiles to be unclean dogs and to even associate with them was to soil a Jew and break the laws of cleanliness.

To take the gospel to the Gentiles seems to be a radically progressive thing to do.

This passage is often used by Christian progressives to urge acceptance of their radical causes. So, for example, in the debate over women’s ordination we are told that the vision of Peter encourages us to think outside the box, to be prepared to step out in faith and pioneer a new idea–an idea that the legalistic, hidebound Christians reject. The vision of Peter and the sheet is used as a way to push a radical agenda of change on the church by making Christians feel guilty if they do not “step out in faith live on the edge embrace change and reach out to pioneer a new concept of peace and justice.”

It is a difficult appeal to resist because,  like all heresies, there is always a good bit of truth mixed up with the lies. We are supposed to step out in faith. We are supposed to launch into the surprising work of the Spirit. We must be prepared to go where no one has been before and embrace the radical, world upsetting way of the God of surprises.

How to know the difference? Continue Reading