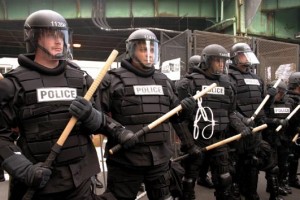 Rod Dreher has an excellent conversation here with a law professor who is pessimistic about religious freedom in the USA after the events this week in Indiana.

What is most shocking about this interview is that the professor spoke to Dreher on the condition that his name and university not be divulged.

He’s scared of losing his job.

He’s scared of losing his job and what he says isn’t even extreme or radical in any way.

He simply admits to being a Christian. Dreher gives him the name Prof. Kingsfield

Dreher asks, “What prompted his reaching out to me?”

“I’m very worried,” he said, [the prof]  of events of the last week. “The constituency for religious liberty just isn’t there anymore.”

Like me, what unnerved Prof. Kingsfield is not so much the details of the Indiana law, but the way the overculture treated the law. “When a perfectly decent, pro-gay marriage religious liberty scholar like Doug Laycock, who is one of the best in the country — when what he says is distorted, you know how crazy it is.”

“Alasdair Macintyre is right,” he said. “It’s like a nuclear bomb went off, but in slow motion.” What he meant by this is that our culture has lost the ability to reason together, because too many of us want and believe radically incompatible things.

But only one side has the power. When I asked Kingsfield what most people outside elite legal and academic circles don’t understand about the way elites think, he said “there’s this radical incomprehension of religion.”

“They think religion is all about being happy-clappy and nice, or should be, so they don’t see any legitimate grounds for the clash,” he said. “They make so many errors, but they don’t want to listen.”

To elites in his circles, Kingsfield continued, “at best religion is something consenting adult should do behind closed doors. They don’t really understand that there’s a link between Sister Helen Prejean’s faith and the workd she does on the death penalty. There’s a lot of looking down on flyover country, one middle America.

“The sad thing,” he said, “is that the old ways of aspiring to truth, seeing all knowledge as part of learning about the nature of reality, they don’t hold. It’s all about power. They’ve got cultural power, and think they should use it for good, but their idea of good is not anchored in anything. They’ve got a lot of power in courts and in politics and in education. Their job is to challenge people to think critically, but thinking critically means thinking like them. They really do think that they know so much more than anybody did before, and there is no point in listening to anybody else, because they have all the answers, and believe that they are good.”

The self righteousness of the ideologue. They will kill and believe they are doing good work.

What is also disconcerting is the professors admission that people aren’t thinking and talking. And its the academics who aren’t thinking…the ones who get paid to think.

Because of the dictatorship of relativism.

The only thing left is the rule of force.

I win because I am stronger. I have the police. Forget about truth. You will do it my way.

Because there is no truth all that matters is emotion and power.

What we are seeing in our country is an explosion of emotion and power.

And it is going to get worse.