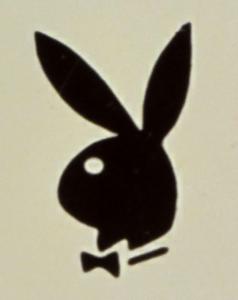 Image Creative Commons via Being

The big news is that Hollywood mogul Harvey Weinstein has been exposed as a serial sex creep.

The not so big news is that this sort of thing not only continues, but men of power continue to get away with it.

The late Hugh Hefner glamorized it and the name “Playboy” is a strangely appropriate and strangely creepy name for what goes on.

First, these guys and the millions of others who have bought into this culture”play”.  They consider life to be playtime and sex to be playtime. For them sex is for recreation not procreation. They play for fun and they play to win. If sex is another one of their games, then women are the playthings and the game is a game of power as well as one of pleasure.

Second, they are “boys” inasmuch as they are immature and masturbatory. It’s a sin of immaturity and their attitude to sex and women is similarly immature and self pleasuring. They are boys because they regard marriage (if they think about it at all) as an avenue to further self pleasure and ambition. Marriage is a road to self fulfillment, not a way of self sacrifice. If they are “boys” then they are not real men, and they have contributed to the crisis in masculinity in our society.

There has been a fair bit of comment about Harvey Weinstein being a classic Hollywood liberal and conservatives are reveling in their schadenfreude. They’re happy to see a Hollywood liberal caught with his pants down, and they’re right to point out that Weinstein is in the same class of playboys with Clinton and Teddy Kennedy (and his brother JFK for that matter).

Are they overlooking that the present occupant of the White House is in the same club and that he actually made the cover of Playboy magazine?

This is not a left vs. right, liberal vs. conservative issue.

This is a human concern. Its a sign of the society in which we live in which women are treated as commodities –as another consumer item to be dressed up as bunnies or displayed on the screen for the titillation of teenaged boys of all ages.

Why do Christians object to this trash? Not because we’re puritanical, purse lipped old maids, and not because we all think sex is dirty and we all feel guilty for having sexual urges.

No. We object to Playboys because we treasure that precious and delicate sacrament called marriage–through which God’s grace is given and new life is created. Its because we love marriage that we hate anything that breaks marriage.

Playboys should grow up and stop playing with themselves and other people’s bodies.

Regular readers should be reminded that my main blog Standing on My Head is now located at my personal website-blog. Most new blog posts will appear there while I maintain a limited presence here at Patheos.