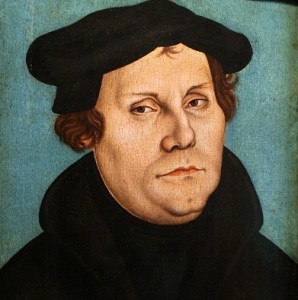 No one would disagree that the ecumenical path is difficult, and most everyone would agree that the Protestant revolt was tragic. We would all also affirm with Pope Francis that, as Christian brothers and sisters, we should continue to work and pray together as much as possible.

It is the imprecision that accompanies Pope Francis’ warm and fuzzy talk that increasingly frustrates many Catholics. I asked Richard Ballard, a Catholic deacon who was a Lutheran pastor for twenty-five years, what he made of Pope Francis’ response.

He expressed some exasperation with the Holy Father, and made three main observations and objections.

The first is that the Protestant movement sparked by Martin Luther was not a legitimate reformation of the church. It was an open rebellion against the Catholic Church that ended not just in one schism, but in thousands. It also led to civil unrest, bloodshed, rebellion and revolution that tore Christendom apart.