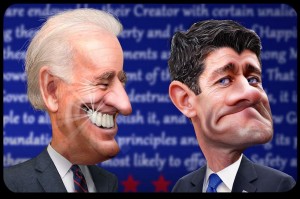 My article for Aleteia this week gives a sketch of the various Catholics who are, or may be, in the running for the White  House. There have never been as many Catholics stepping up for the top job and their backgrounds and opinions provide an accurate reflection of a diverse and divided American Catholic Church.

As the race for the White House gears up, all eyes are on the presidential contenders, and there has never been a larger crop of Catholics either already in the race, or waiting in the wings. If anyone wants to get a glimpse into the contemporary Catholic Church in the United States, the range of Catholic politicians reflects the amazingly diverse and difficult variety of American Catholics.

The “conservative Catholics” are best represented by Senator Rick Santorum. A life-long Catholic, Santorum became more serious about his faith after marrying. Now a daily mass attendee, Rick Santorum has put his Catholic faith at the center of his conservative political life.