The Power of Simple Authenticity

The Power of Simple Authenticity 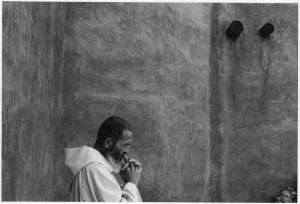 I am a Christian today because my father and mother lived out their Christian faith. They did so with honesty, integrity, compassion, generosity, sincerity and love. Of course they were not perfect, but they were consistent. They acted on their faith without showing off–with trust and open-ness of heart and home. I am a Catholic today because of a similar witness of a woman called June Reynolds and her daughter–a Poor Clare nun named Sister Mary Lucy. They exhibited a similar simplicity, honesty, good humor, intelligence and reality.

These four people were real and their lives of faith were real.

Will he be a proponent of Vatican II? Yes, but let’s consider the heart of the reasoning behind the second Vatican Council: it may have been hi jacked and of course certain abuses have swept into the church, but the main aim of the Second Vatican Council was to proclaim the gospel to the needy in a fresh way–not to change the timeless message, but to re-express it for modern man. Was there a risk involved in this proposal? Yes, a great risk, but what is the Christian faith anyway except a constant adventure of risk–a constant call on the stormy night to step out of the boat and walk on the waves.

Simply changing the curia or getting rid of corruption and disciplining bad priests will not be enough. The heart of the reform and renewal in the church will be to live out our lives in a new simplicity–to live in our lives the authentic and simple gospel in a radiant and powerful way. This is true reform, for true reform is another name for conversion, and if we were truly converted day after day, then we the whole church will be truly reformed.

Part of this will be a renewal of  liturgy–not the destruction of liturgy. Let’s be clear–a liturgy is beautiful because of the beauty of our faith. If you have Palestrina and beautifully trained servers and the most splendid high Mass but have no love it is nothing worth. It’s not even a beautiful liturgy. It’s a beautiful act. Likewise, if you have a dumbed down, honkey tonk liturgy without love it is just entertainment.

In each case it was the simplicity and authenticity of love in the hearts of the faithful which made the difference. That’s what I care about, and if it can be done with mozzettas and red shoes and big miters and splendiferousness, I like that too, but I don’t mind if they’re absent as long as the simplicity, honesty and authentic love of Christ and his people is there.