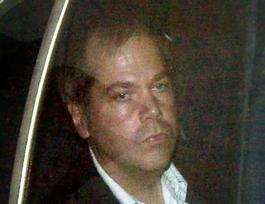 Do you remember John Hinckley–the guy who shot Ronald Reagan?

This article explains how he is being “re-integrated” into society. In fact, he has been out and about off and on since 2003.

John Hinkley and the Reagan assassination attempt is one of the hugest non-stories ever to be whitewashed from American history.

Why? Because John Hinckley was the son of a very significant Texas oil family. Not only was his father, John Sr, a major donor to George H.W. Bush’s presidential campaign in 1980 (he was defeated for the G.O.P. nomination, but chosen as Reagan’s running mate) but the Hinckley and Bush families were close friends. The night after the assassination attempt Hinckley’s brother Scott and his wife was due to have dinner with Neil Bush–the Vice President’s son.

If Hinckley had been a better shot the ambitious George Bush would have found himself in the top job.

So John Hinckley Jr was just a lone crazy assassin and the fact that his family and the Bush clan are buddies is just an “extraordinary co incidence” which no American journalists think worth investigating?

Far be it from me to suggest that the Bush clan might be a shadowy crime family and I would never want to propose way out conspiracy theories… maybe Hinckley Jr was a genuine nut case who was trying to impress his rich Dad or do his family a favor, but it does make one think…especially as George Bush Sr. was in charge of the CIA just after they were exposed for running their mind control assassins program….

On the other hand, assuming Bush Sr would plan such a thing would he be so stupid as to use someone with whom his family had such close links?

Probably not. In which case, once again a bit of common sense defuses what could have been a juicy conspiracy theory.