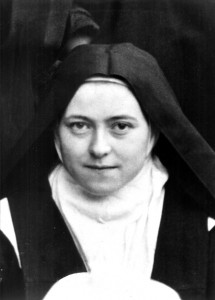 Catholics are often blamed for being obsessed with sex, and the ones who lay this charge are usually sex obsessed secularists.

I got involved in an interesting discussion the other day with some fellow Catholics about the effects of sanctity in one’s life and how it touches human sexuality. The saints are individuals who, by the grace of God, have been purified in this life. They are sanctified completely and have become perfect. That is to say, they have become whole. They are all that God created them to be.  Through their life’s journey and struggles God’s grace has perfected nature.’

If this is so, then you would expect the area of their sexual identity to be whole as well. Jung uses the language of anima and animus. Anima being the female aspect of human personality and animus the male. Each of us have within us both anima and animus. This would make sense as we are, both male and female, created in God’s image, and although we relate to God as masculine Father, he must have within himself all the feminine attributes as well.This is not to say that God is feminine, but that God’s “masculinity” is complete, and therefore the feminine is integrated within and through the full “masculinity”.

We would expect, therefore in our Lord, to see a full integration and wholeness of masculinity, and that would include some strengths normally thought of as “feminine.”And so we see that he is able to weep freely and be compassionate. He weeps over Jerusalem and “would gather them under his wings as a mother hen her chicks.” He is able to relate emotionally. He is able to love the little children and not reject them. He understands women just as well as he understands men.

If this theory of mine is true, then we should see a similar fulfillment of the anima within male saints and a fulfillment of the animus within the growth of the female saints. My friends immediately pointed out the “toughness” of St Catherine of Siena, St Teresa of Avila, St Joan of Arc, Bl. Teresa of Calcutta, St Therese of Lisieux and proposed with me that the same would be true of all female saints in their own way, and that the beauty of this sanctification is not that the females became “masculine” but that through the process of sanctification the integration and blossoming of the animus in their lives completed and fulfilled their femininity.

If this theory is true, then Catholic spirituality and the lives of the saints has some pretty trenchant things to say about feminist ideology. Radical feminism seeks not a subtle and naturally grace filled integration of the animus with femininity, but a destruction of femininity by an exaltation of the animus. This also shows up another aspect of contemporary sexual imagery: what I call the Barbie doll female. The woman who is so giggly and girly and vain is not yet fully female. She is a shallow typecast female exhibiting everything female, but without the depth and completion of the animus.

There are similar observations, therefore to be made for the male saints. Continue Reading