Should We Accept Syrian Refugees?

Should We Accept Syrian Refugees? 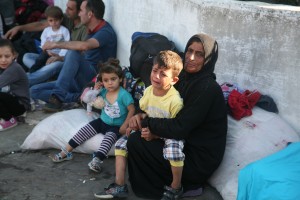 What I’m not hearing is much common sense or Christian charity.

Why all the idiocy about the refugee crisis?

On the one hand, Christian charity demands that we welcome the stranger and give solace to the homeless where we are able. We are the richest and most prosperous and bountiful country in history. We can, and should make room for the homeless and those displaced by war–especially as our own involvement in the Middle East has contributed to the mess. We have meddled in the countries of the Middle East–in their politics, their economics, their wars and their military coups. We’ve propped and then toppled their dictators. We’ve invaded their countries and bombed their people.

Of course we should take in their homeless refugees.

On the other hand, when you see the hordes of fit young men streaming across the European borders you can’t help but suspect that these are not refugees but an invading army.

Should we open the borders to just anyone? Of course not.

Why can’t anyone use common sense? The clear answer is that we are a Christian country. We should accept as many Christian refugees as possible.

By accepting only Christian refugees we guarantee that Islamic extremists are not sneaking in. Continue Reading