So the Church is a Mess–Be a Radical Disciple

So the Church is a Mess–Be a Radical Disciple 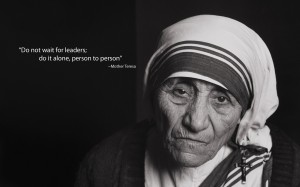 From time to time I receive emails from readers who complain about the state of the church. Maybe they say, “I wish I could be near your parish Father. There is no parish within driving distance where the priest teaches the Catholics faith. It’s all fuzzy fuzzy feel good liturgy.”

They may be willing to put up with a liturgy they don’t like and music that they find shallow and they may be willing to endure sentimental or politically correct homilies, but they see a deeper malaise in the church and don’t know what to do about it.It’s like they are looking at a beautiful garden over run with weeds and they don’t know where to start or what to do to restore the garden.

A heartfelt comment I received recently expresses the anger and loss many traditionalist Catholics feel at the corruption and liberalism in the church:

I find myself grateful for your comments about being too critical and how it can cause more division in the Church. I also come back to a question, how do we confront the corruption, and there is much of it along side many good people, that are tearing apart the community of the Church? Do we simply say, well God will take care of it at the end of time? Some times this is the only possibility. Yet, as I watched Michael Voris’ Mic’d up regarding the systematic squashing of his ministry from those unnamed people that run dioceses, all I can say is I have seen it first hand. I have seen one really fine energetic Catholic after another, priests and laity, that have been silenced into oblivion for simply teaching the faith with clarity. I will tell you I have never seen someone who teaches absolute falsehood regarding the faith so treated. How is that? What do we call this except a corrupt system? I wont even mention what it took to uncover the sexual abuse that had been covered up for so many years and the seemingly intentional blaming it on pedophiles rather than homosexual relations with post pubescent children and priests (this is not pedophilia, yet we keep calling it that). Why? Do we just remain silent, or only talk behind closed doors to keep things from going public and we keep a good face? How does one go about this and have some good affect? I to have watched good Catholic people become so angry at the corruption that they no longer have much peace of heart and seem to be holier than thou, as you said. This is no good either. So maybe you can give us more insight into these questions and inconsistencies.

Let’s consider the options: you start protesting. You speak out against corruption, liberalism and indifference. What happens? You will be marginalized as divisive, angry and self righteous. Remember, the people you are fighting are just as convinced of the rightness of their way of doing things as you are of yours. They not only like the banal hymns, the shallow homilies and the feel good liturgies, but they believe them to be the best way forward for the church. Is there scandal and corruption? Those who are trying to fix the problem will not thank you for angry protests.

Furthermore, should you engage in angry protest you will be rejected and excluded from the conversation. This will make you more angry and bitter and before long you will develop a martyr’s complex, and if you’re not careful you will spend all your time licking your wounds and berating your enemies and you may well drift further and further into schism and even heresy yourself.

Let us compare Martin Luther and St Francis. Both were passionate Christians during a time of corruption, indifference and worldliness in the church. Luther began to protest. Many of his complaints were justified. He wanted a pure church–one untainted by what he perceived as heresy and scandal. The protest ended up as Protestantism and the result of that was war, rebellion, sectarianism and five hundred years of strife.

St Francis, on the other hand, heard the words of Christ “re-build my church” and he began to do so with his bare hands. When his order was under attack from the authorities as being sectarian and heretical he went and stood barefoot in the snow until he was able to have an audience with Pope Innocent. In other words, St Francis became a saint. That’s how he confronted the scandal and corruption in the church–by showing the world what it truly looks like to be a disciple of Jesus Christ.

So how does one confront the corruption, heresy, indifference and scandal in the church? Continue Reading