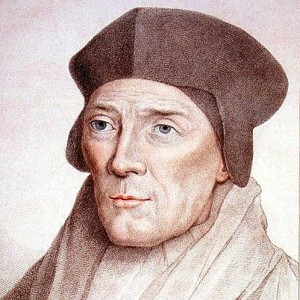 Why was St John Fisher–the holy Bishop of Rochester– the only English bishop to stand up to Henry VIII?

It is easy, with hindsight, to dismiss the other English bishops as cowards and compromisers. However it is not so easy. Consider the circumstances.

First of all, they were in a completely new situation. Europe had been Catholic forever. The idea that a national monarch could and would break permanently with the Pope was simply unthinkable. The situation as it finally unfolded could not have been foreseen. Like everyone in a crisis situation, they thought things would work out to the best.

Secondly, the crisis developed gradually. It began when parliament began to encroach upon the church’s traditional power over all legal matters. Then the matter of the divorce came up. Henry’s affair with Anne Boleyn had lasted five years, so the crisis was not sudden.

Thirdly, the notorious Act of Supremacy of 1534 demanded complete allegiance to the King. However, they cleverly inserted a phrase “insofar as the law of God allows.” This phrase allowed many people who were opposed to Henry’s regime to take the oath of allegiance with their fingers crossed. Fisher and More held out while most everyone else capitulated.

Finally, the English bishops were not to be so naive and cowardly again. After the death of Henry and his son Edward, the Catholic Mary Tudor took the throne. She repealed Henry’s Act of Supremacy and installed faithful Catholic bishops.

When her sister Elizabeth ascended she restored Henry’s Act of Supremacy in 1558 with an even more draconian regime. The Oath of Supremacy imposed by the Act of Supremacy of 1588 was first imposed on all church officials and clergy. It was a crime not to swear the oath and by 1562 it was made a treasonable offense. Then the oath was extended to members of parliament, and all officials and students at universities.

Hundreds of Oxford fellows stood firm and many dignitaries resigned from office. At that point all but one of the bishops were deposed because they refused the oath. The situation was reversed. Under Henry only Fisher stood firm. Under Elizabeth only one bishop compromised.