Ten “Isms” That Are Destroying the Church

Ten “Isms” That Are Destroying the Church 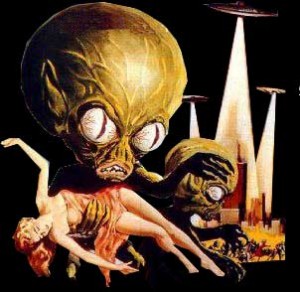 Attack of the Isms

One of the talks I present when I am conducting a parish mission is “The Attack of the Isms” and portray them as an alien attack on rational earthlings.

I discuss twelve different forms of relativism, and as Pope Benedict referred to “the dictatorship of Relativism” notice how all ten lead to tyranny of one kind or another.

Here are ten “isms” that are attacking our culture and destroying the church.

These are really ten informal heresies–most Americans are not aware of them because they are simply part of our culture. They are the air we breathe. They are the wallpaper.

Remember heresies are not complete lies. They are half truths. Therefore in each one of the ten heresies there is something attractive and true. It becomes a heresy when it is cut off from the other truth which would balance it, or when it exists on its own apart from the rest of a truth system.

1. Individualism – Americans love the rugged individualist, the person who marches to a different drummer and all that, but when individualism is cut loose from any sense of community, tradition and truth it brings chaos. It’s true that each individual is a unique and eternal creation of God, but he finds his fulfillment in something greater than just himself. I sometimes think the national anthem of America should be changed to Frank Sinatra’s “I Did it My Way”. Individualism has now gone to such an extreme that every person feels they can do what they will as long as they harm no one. The problem with this is that is exactly the creed of the Satanist: “Do what you will, but harm not one.”  By the way–the “harm no one” phrase is a recent addition to the diabolist’s creed to make it more “nice people friendly.”

2 Sentimentalism – Relativism means there is no such thing as truth. If there is no truth, then the only way a person has to decide what to believe and how to behave is according to how they feel. Sentimentalism is the heresy of determining everything about how we feel. The problem with this is that without any system of revelation and truth the emotions are soon reduced to two basic and elemental emotions. Discerning truth actually brings subtle gradations of emotion and different feelings. Without truth only two remain: rage and ecstasy. So in our society we see hordes running after sheer pleasure as fast as they can and when something does not bring them pleasure they respond in rage. Yikes!

3. Indifferentism – If there is no such thing as truth, then it doesn’t matter what you believe and it doesn’t matter what religion you belong to. What is the most sure fire thing for destroying not only the Catholic Church, but every form of Christianity?  Indifferentism. If you choose your belief system according to how you feel (sentimentalism) then any religious choice must be as good as any other. It doesn’t take long to figure out that if any form of Christianity is of equal value, then every religion must be of equal value and if every religion is of equal value, then not having a religion must be of the same value.

5. Egalitarianism – By this I don’t mean the innate worth that all human beings have by virtue of being created in God’s image. That’s a good thing. However, when egalitarianism takes a political and ideological form it serves not to preserve the equal rights of all people, but to destroy distinctions between people. The Catholic view is that all people are equal in the sight of God, but all people are also unique. Each person has a unique place in God’s providence and a rightful place in his plan. Reducing everyone to the same lowest common denominator is always the work of the tyrant. Look anywhere at the revolutionary movements and you will see the obliteration of the rightful dignity of the individual by the forces of communitarianism.

6.Materialism – By this I don’t mean “shop until you drop”. That is just a symptom of a deeper problem. Materialism is the heresy that assumes there is no supernatural world. It is a kind of default atheism. Our society is stuffed full of people (many who go to church) who only ever see the material aspect of life. Their belief system is “What you see is what you get”. They assume that only what is known be the senses is real. They might go to church, but they live and behave as if there is nothing other than this physical world. Here is a much longer post I have written on utilitarianism. Continue Reading