Ten Reasons Why Abortion is Worse Than Murder

Ten Reasons Why Abortion is Worse Than Murder 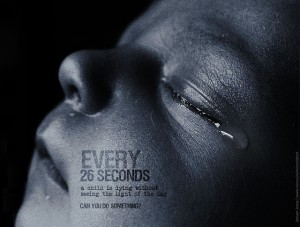 I had an interesting conversation with a non-Catholic Christian today who asked about the Pope’s recent extension of mercy to those who committee abortion.

“Is this something new? Weren’t Catholics forgiven for abortion before?”

I explained that Catholic were always able to be forgiven for abortion, but because of the extra seriousness of the crime, forgiveness was reserved to the bishop.

It is true that any sin can be forgiven, but God’s mercy has to be balanced with a serious consideration of the crime and the guilty person taking true responsibility for what they’ve done.

Forgiveness is false if the guilty person does not truly repent and they can only truly repent if they understand the seriousness of what they have done.

False forgiveness is the impression that the sin didn’t matter after all and the person is simply being let off the hook.

So in the wake of yet another video from the Center for Medical Progress, here are ten reasons why abortion is more serious than simple murder.

1. The crime is pre meditated – Even if the woman in the crisis pregnancy is young and ignorant, the others involved in the crime are not. The person procuring the abortion–maybe the father of the child or the parent of the woman who is pregnant–know what they are doing. The abortionist and his staff know what they are doing and usually the woman also knows what she is doing. If the crime is planned and premeditated the culpability is greater.

2. The helplessness of the victim – An unborn child is unable to resist the crime. They are trapped in the womb and completely vulnerable. A crime against a helpless victim is worse than one against a person who can fight back or resist in some way. This is a raw action of violence of the strong against the weak and so the crime of killing is compounded.

4. The natural duty of care for a child by  the parent is violated – a mother and father have a natural and inborn duty to care for the child they have conceived. This natural duty of affection, love and protection is violated by abortion. In abortion a mother and father kill their own child. Therefore the killing is compounded by the sin of betrayal of trust and the destruction of one of nature’s most strong and inviolable relationships: the relationship between mother and child and between father and child.

5. The sanctity of the family is violated – The family is the locus for human flourishing, security, peace and happiness. Abortion violates the family bond and destroys the happiness and security that should begin in the womb and extend to the home. If the womb is not safe for a child, why would the home be safe for a child? If the womb is a place of violence and killing how can the home be a place of love and security? Continue Reading