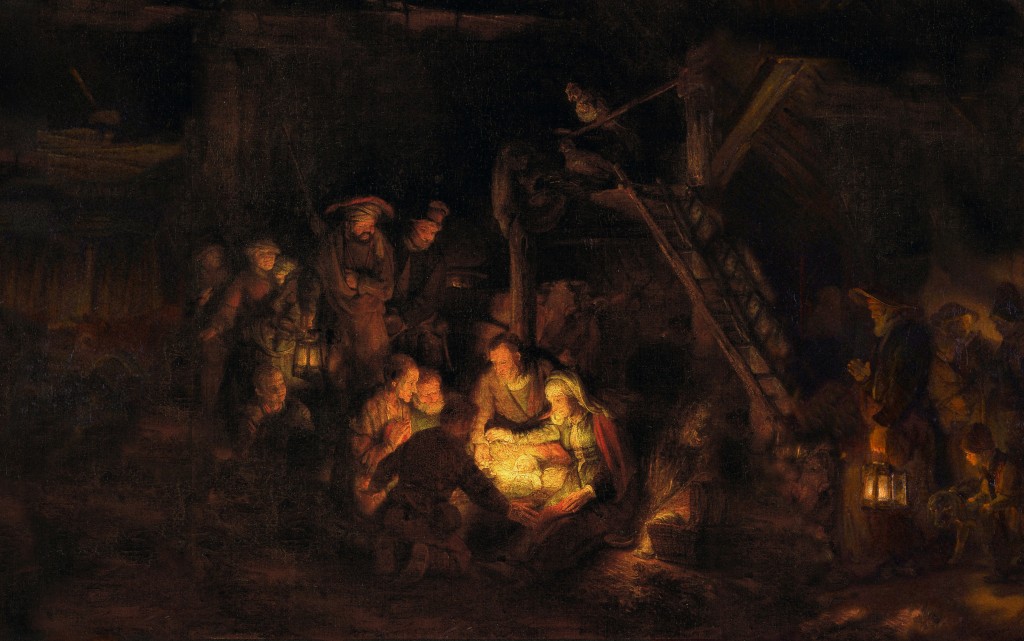 Rembrandt – Adoration of the Shepherds

In thinking it through, there are good reasons why Christmas matters for atheists and for everyone.

If they don’t realize why it matters, maybe the prominence of the season will  make some of them stop and think twice and realize that Jesus Christ is real, and that his birth is something to celebrate.

Jesus matters and therefore his birth matters and everyone who cares about life, love and all things “illimitably yes” should celebrate Christmas for some good, solid reasons. Even if they don’t believe the Christian truths, the beliefs of Christianity compel all men and women to think again about their true values and what really matters to all of us as human beings.

Here are ten. Maybe you can think of more.

1. Children are a treasure – Christians believe that God himself took human flesh and became a little child. Because of this, children matter. Up until the coming of Christianity children were considered to be only potential human beings. Slaves had a higher status than children. Children were to be seen, not heard and preferably not seen. Then God became a little child and opened humanity’s eyes to the fact that children are a treasure. As a man he said, “Let the little children come to me and do not forbid them.” He also said, “Unless you become like a little child you cannot enter my kingdom.” Treasuring children is to treasure the future and the past because our children summarize our past and hold our future.

2. Purity is Power – A Vicar-journalist in England has recently written that the Virgin Birth of Jesus doesn’t matter. He’s okay with Jesus being illegitimate and Mary being a tramp. He’s wrong. The purity of Mary is not just that she never had sex. Her purity shows a new dimension of humanity–one that is not only pure but perfect, and because perfectly pure, therefore perfectly powerful. National Geographic got it right in their recent issue on Mary calling her the world’s most powerful woman. The Virgin Birth reveals the importance of chastity in human society. If the sexual drive is not contained and channeled for good it rots society, weakens families and disintegrates trust, love and stability in relationships. Purity is not passive or pusillanimous. Purity is Power.

3. The Unborn are Eternal – God did not simply become a human child. He first became a human zygote, then a human fetus, then a human newborn. In doing so he sanctified the womb of woman and gave eternal worth to all the unborn. A society that kills its unborn children is a brutal, cruel and heartless society of death. If God became an unborn child, then all that our common sense teaches us is true: an unborn child is a gift to be cherished and protected–not a curse and a burden to be destroyed.

4. The Lowest are the Highest – A constant theme running through the Christmas story is the contrast between the worldly powers and the lowly working class family of Mary, Joseph and Jesus. Christmas teaches us that the little people are the precious people. Herod the Great is not so great. Jesus the tiny is the great one. Joseph the Worker is the mighty one. Mary the teenaged mother is the Magnificent One. The homeless are the heroes. The refugees are the ones we revere. Those oppressed by tyranny, taxes and bigotry are the ones we should be fighting for.

5. The Supernatural is Natural – The Christmas story echoes with angels and trembles with transcendence. God has interrupted history and the playwright has stepped onto the stage. Christmas is a reminder to all people that “there are more things in heaven and earth than their philosophy has dreamt of.” Reality is not cast iron and the cosmos is more flexible than you thought. Even if an atheist does not believe it should give him pause for thought. Is the natural order so  very solid and secure and watertight as he thought or are there other realities and realms of glory that are beyond his imaginings that he dare not contemplate? Christmas is a reminder to all that it is natural to believe in the supernatural and that heaven and earth are not so distant from each other, but instead are interfused. Continue Reading