Ten Things to Understand about Islam

Ten Things to Understand about Islam 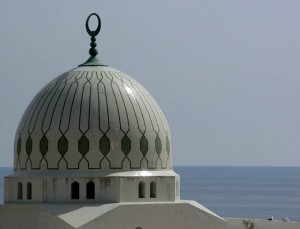 One of the big problems in the strong emotions about Islamic violence is that we in the “Christian” West simply don’t know very much about the Islamic religion.

No matter what you feel about Islam, it is worth stopping for a moment to learn more about it. If you want to read more than this short (and only partially informed) post about Islam go here to read what a Christian Islamic scholar can teach you. It’s an excellent article.

While it is natural to read about the horrible side of Islam it is also important to realize that many Muslims are as horrified by ISIS as Christians are by Irish “Catholic” bombers. Muslim leaders are calling for Islam to turn away from violence. Go here.

I should state right up front that I am no expert in Islam. I’m trying to learn more about the religion, but I have picked up a few facts which are worth sharing.

1. Islam is not monolithic – Islam is a major world religion and it is just as complex as world Christianity. As it is important to know whether a Christian is Catholic, Protestant or Eastern Orthodox, it is important to know whether a Muslim is Sunni or Shi’ah (the two largest denominations) within those groupings there are six Sunni subdivisions and about fifteen Shi’ah sects all who follow the interpretations and teachings of particular teachers. Think Methodists, Lutherans, Presbyterians etc as all being subdivision of “Protestant.” Therefore to say, “All Muslims believe “x, y or z and will do a, b and c.” is as inaccurate as making similar blanket statements about all Christians in the world.

2. Islam is international – by some accounts it is the fastest growing major religion. Certainly, after Christianity, Islam is the second largest world religion. Like Christianity, Islam takes different characteristics according to the different cultures where it has taken root. Indonesian Muslims will be very different from Muslims in Nigeria who will be different from Muslims in Pakistan or Eastern Europe. Some national groups are more prone to Islamic extremism than others because of the tradition of Islam.

3. The Koran is not like the Bible – The Bible is a collection of religious texts by different writers spanning thousands of years from ancient Hebrew culture to a Jewish culture influenced by Greece and Rome. Christians believe those writers were inspired by the Holy Spirit. We believe the Bible is the Word of God, but it was not dictated word by word to the authors by the Holy Spirit. Muslims believe that the Koran, on the other hand, was dictated by the Angel Gabriel to the prophet Mohammed in Arabic word by word. It is literally, therefore the Word of God. The nearest type of religious literature to the Koran we know of is the Book of Mormon, which was supposedly dictated by the angel Moroni to the prophet Joseph Smith. There are actually many similarities between Islam and Mormonism–so much so that contemporary writers at the rise of LDS called it “The Mohammedism of the New World”

4. The Koran Must Be Taken Literally – If the  Koran is the dictated word of God to one prophet then many Muslims say it must be regarded literally. The Koran does not travel well because its teachings are non negotiable. Christians have always (for better or worse) interpreted the Bible–realizing that you can’t take all the details literally for all time. Muslims find this interpretative process far more difficult, and the commentary and interpretations of the Koran have led to the divisions within Islam–divisions which are very bitter and unforgiving. Nevertheless, there are many Muslims who interpret the Koran in a more subtle and nuanced way.

5. Radical Islam is Uncompromising – In the West we are used to freedom of religion. What this means to us is that religion is essentially a matter of private choice. The underlying assumption is indifferentism–the idea that all religions are equal and all that matters is you choose one that works for you. You will find Islamic teachers who quote the Koran to show that religion is a free matter of individual choice and that there is to be no compulsion. You will find other Muslims who believe the only freedom is the freedom to choose Islam. Moderate Muslims will endorse freedom of religion. Fundamentalist Muslims will not.