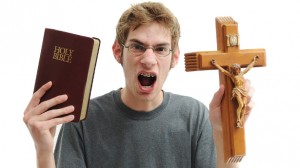 Within Catholic ultra traditionalist circles a new wave of ugliness has arisen. Numerous traditionalist blogs, websites and publications spew disrespectful hatred towards the Catholic church. They mock the Mass by despising the “Novus Ordo” they denigrate the Holy Father referring to him as “Pope Frank” or “Bergoglio” and refer to their mother the Catholic Church with adolescent disrespect as “FrancisChurch”.

I avoid commenting on the filth because, why wallow in sewage? I’m not going to link to the aggregators and websites in question because if you’re interested all you have to do is snoop around a little and follow a few links. You’ll see how they lie, misrepresent and tear down fellow Catholics, how these self appointed prophets ridicule, gossip and slander their fathers in God, and how these self righteous, pretentious Pharisees vomit their bile on all they meet.

It is pointless to ever argue with these people because they are always right. They have no true repentance in their hearts, but are driven by the worst kind of pride: spiritual pride.

Instead of arguing I would like to point out what is going on. First of all, I think it is unfair to use the term “traditionalist” for these people because it pulls down the many good, sensible and holy Catholics who are traditionalist by nature and by their devotions and worship. These people are my friends and family. I am on their side.

Most traditionalists work hard for the church. They live their faith. They build up their families and their parishes in the faith. These good folks deserve to keep the term “traditionalist” and to honor it with their good, strong, faithful and humble Catholicism.

Here are ten principles things that connect them: