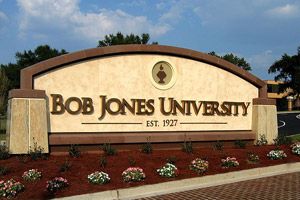 My post for Imaginative Conservative website this week explores the possibility of religious groups having their tax exempt status removed because of their policies on marriage.

As a Catholic priest, who is also a graduate of Bob Jones University (BJU), I caught with interest Supreme Court Justice Samuel Alito’s question when oral arguments about same-sex marriage were being heard in May.

Justice Alito referred to the 1983 case in which the Supreme Court decided that Bob Jones University’s ban on inter-racial dating was illegal. BJU claimed that the federal government had no right to interfere in the school’s internal matters and as BJU was a religious institution, to do so would be an infringement of their religious freedom. The court disagreed and yanked their tax-exempt status.

The furore started when the federal government first revoked the university’s tax exempt status in 1971. I was a student there in the 70’s and I well remember the heady arguments and sense of persecution that came with a battle with the big boys. The roles in the drama were clear: Bob Jonesers were the persecuted Christians and the feds were Nero.

What is interesting about the Bob Jones case and the current Supreme Court decision regarding same sex “marriage” is that the issue concerns who a religious group can exclude from marriage. In the Bob Jones case they were against inter racial dating (and by extension inter racial marriage) The Supreme Court said they could not make that exclusion. Will this also be an issue regarding same sex unions?

Justice Alito asked whether the Bob Jones decision would be used to bully opponents of same-sex marriage. The exchange between Alito and Donald B Verrilli, who was arguing for same-sex marriage, was not encouraging.

Justice Alito: Well, in the Bob Jones case, the Court held that a college was not entitled to tax-exempt status if it opposed interracial marriage or interracial dating. So would the same apply to a university or a college if it opposed same­-sex marriage?