The Coming Plague of Gender Confusion

The Coming Plague of Gender Confusion 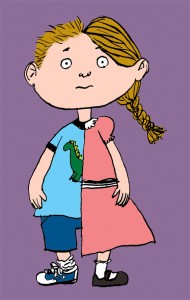 Let’s imagine for a moment that everyone forgot what eating is for.

If everyone deliberately rejected the nutritional aspect of eating what would happen?

Let’s imagine that people enjoyed a huge meal and simply gorged themselves.They just kept on eating and eating not for the nutrition, but for the comfort. Furthermore, they ate junk food because the chemicals gave them a bigger rush and a happier mood.

Or let’s suppose that some people deliberately avoided the nutritional aspect of food and after they ate they purged themselves and vomited it all back up again.

But like people with an eating disorder we have, for fifty years, on a societal level, deliberately eliminated the procreative aspect of sex.

When we neglect what food is for we develop confusion and fear about food. Food is abused and we get sick.

Likewise, when we neglect what sex is for we develop confusion and fear about sex. Sex is abused and we get sick.