The Healing Power of the Eucharist

The Healing Power of the Eucharist 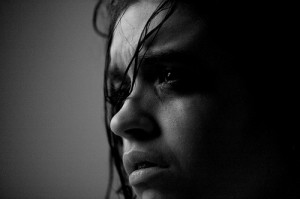 One of the difficulties I find in being a pastor is how little we really expect the power of the sacraments to be real.

We go through the motions of our religion, but don’t expect prayers to be answered and don’t really expect the sacraments to have any effect in our lives.

It is our lack of faith and obedience which hinders their effectiveness, but praise God, sometimes we get a glimpse of what God wants to do through the power of the sacraments.

Here is a true story of the healing and forgiving power of the Eucharist:

There was a knock on my door. A young woman in her twenties stood on the doorstep. She looked distressed, and was holding her side as if in pain. I didn’t recognize her, but invited her in. She said her name was Jane, and could she talk with me. I listened to her story. Jane told me that she was in constant abdominal pain. The doctors couldn’t figure it out. She had been in this pain for almost a year. She had lost her job because of it. The doctors gave her loads of painkillers, but nothing stopped the acute physical pain. She had come to see me as a last resort.

She asked if I could help.I sensed that her problem was spiritual and psychological rather than purely physical. Knowing that people often describe their pain in symbolic ways, I asked her to describe her pain. She said “It’s like someone is ripping my insides out.”I immediately suspected that she had had an abortion. What other procedure rips out the insides of a woman?

I looked at Jane, “Is there a relationship in your life that hasn’t worked out?”Immediately the tears started. The whole story tumbled out of the older married man with whom she’d had an affair. When she fell pregnant her father kicked her out of the house, and he and the married man pressured her to have the abortion.

After the abortion the man rejected her and went back to his wife.

She was alone and in agony.Jane wasn’t a Christian, and had virtually no understanding of the sacraments or the church. Nevertheless, I told her about the healing power of Christ, and how in the Mass he is present with us in the most powerful way. We had a Mass for Jane in which some people from the parish came and prayed while Mass was being said. Within the Mass we committed the aborted child to Christ and prayed for forgiveness for the abortionist, for Jane’s lover, for Jane and for her father.The next week Jane knocked on my door again. I hardly recognized her. The face which had been a mask of pain was transformed.

She was a beautiful girl in her twenties. The day after the healing Mass Jane’s abdominal pain had disappeared completely.

The next summer I went to Jane’s wedding in church. The summer after that she came to have her baby baptized.