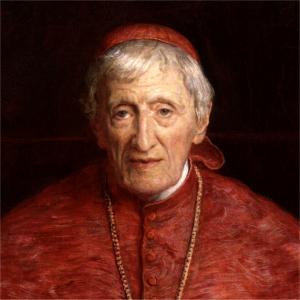 Collectors of long words should be happy with “latitudinarianism.” This was an attitude which developed within Anglicanism in the seventeenth century and has become pretty much the status quo in the Church of England. From Wikipedia:

Latitudinarians, or latitude men were initially a group of 17th-century English theologians – clerics and academics – from the University of Cambridge in Cambridge, England, who were moderate Anglicans In particular, they believed that adhering to very specific doctrines, liturgical practices, and church organizational forms, as did the Puritans, was not necessary and could be harmful: “The sense that one had special instructions from God made individuals less amenable to moderation and compromise, or to reason itself.”[1] Thus, the latitudinarians supported a broad-based Protestantism. They were later referred to as Broad Church.

What I find curious is that latitudinarianism seems to have become the new orthodoxy not only within the Anglican Church, but now also within the Catholic Church. The sign of this is the current distrust and dislike of doctrine amongst many Catholics. Doctrine is thought to be divisive so we must downplay doctrine or, at best give it lip service. Interestingly, this distrust of doctrine extends to a distrust of moral teaching also.

If doctrine is divisive, then moral teaching is also divisive. As the pope said in the bon mot that will probably characterize his papacy: “Who am I to judge?”

This is, in fact, the creed of the Latitudinarian. The object of this benign attitude is not to deny the validity of doctrine or moral teaching, but to maintain unity at all costs. In the Anglican Church it means that Rev. Calvin celebrates Holy Communion with Wonder Bread from the store and throws the leftovers out for the birds, while in the next parish Fr. Pius the Anglo Catholic has the reserved sacrament, a Corpus Christi procession and adoration. They believe diametrically opposed doctrines, but they tolerate one another for the sake of “unity.”

However this unity is only what Bl. John Henry Newman calls “unity of form”. It lacks unity of doctrine. Newman observes that the opposite error to the latitudinarian is the sectarian–in which groups of believers split off into their own group in order to maintain unity of doctrine at the expense of unity of form.

However, the papacy in and of itself is not magic. The unity guaranteed by the papacy must be a unity based not in the pope merely as some kind of celebrity figurehead. If that were the case, then Catholic unity around the pope would not be much different than Anglicans uniting around the Queen–who is the symbolic head of the Church of England.

One of the roles of the pope is to define and defend doctrine. The answer to the pope’s question, “Who Am I to Judge?” Therefore might be, “You are the Pope. That’s what popes do.” I realize of course, that the context of Pope Francis’ famous quip was about a homosexual person who was “sincerely seeking God” and in that context the quote is harmless. I use it, however, to make the larger point that if a pope does not define and defend both the doctrine and moral teaching of the church then he is not doing one of the things popes do. The same applies, by extension to all bishops and priests.

I do not intend to criticize Pope Francis in particular, but to point out a general trend within current Catholic practice in which we tiptoe around the genuine divisions in our church in order to maintain unity. Unity of form without unity of doctrine however, is the hallmark of the Church of England, and as uncomfortable as it may be, distinctions need to be made, definitions decided and doctrine determined and defended.

Does this sometimes cause division? I’m afraid it does and I am reminded of Jesus saying, ““Do not suppose that I have come to bring peace to the earth. I did not come to bring peace, but a sword.  For I have come to turn“‘a man against his father,  a daughter against her mother,a daughter-in-law against her mother-in-law—   a man’s enemies will be the members of his own household.” (Matthew 10:34)

These are stern words indeed, but is it possible to be a follower of Jesus Christ and ignore them? We all admire the universality of the Catholic Church, but there are borders to every country.

The unity we share is not only based in the papacy as an institution. It is based in the doctrine and moral teaching we all share. We should therefore also remember St Paul’s instructions, “So then, brothers and sisters, stand firm and hold fast to the teachings we passed on to you, whether by word of mouth or by letter.” (2 Thessalonians 2:15) In his instructions to the Bishop Titus, St Paul outlines the qualifications for bishops: “He must hold firmly to the trustworthy message as it has been taught, so that he can encourage others by sound doctrine and refute those who oppose it.” (Titus 1:9)

Simply tolerating every interpretation, every notion and every moral behavior does not bring unity. It simply papers over the cracks.

Efforts by any Catholics, therefore, to deride doctrine, downplay dogma or dismiss the moral teaching of the church as irrelevant, legalistic or out of date are severely and sincerely wrong.

However, how do we avoid the opposite trap of being legalistic, condemnatory and lacking in mercy?

It is in understanding the true value and nature of the doctrine and moral teaching. The analogy I always use is that of the vine and the trellis.

Without a trellis a vine would simply grow across the ground and never bear much fruit. A trellis is a dead thing, but it supports the vine and allows it to reach the sun and grow and bear fruit. The trellis needs to be maintained. When it rots the wood must be cut out and replaced. The trellis might be expanded and developed to support the growing vine, but the trellis itself is not alive and does not bear fruit.

The doctrine of the church is like the trellis. The most important thing is the health of the vine and the harvest of much good fruit.

There will be some workers in the vineyard who focus on trellis maintenance, they should not be neglected for without them the vine dies.