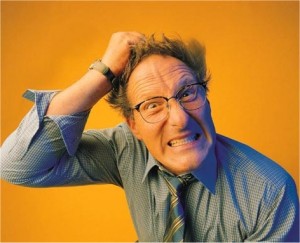 I should be clear. One of the rules I have set myself is to never criticize a fellow priest on this blog.

Even if I think the priest is an insane traditionalists nutcase or an idiotic left wing, crypto Marxist new age freak I keep my mouth shut.

Almost all the time, and when I’ve let rip about a fellow priest I have always regretted it.

I don’t criticize my fellow priests because, to tell the truth, we have enough to deal with day in and day out without throwing stones at each other in public.

However. I do have sympathy with lay people who have to put up with some of our inanities and can’t do anything about it.

I sympathize when lay people grumble about poor homilies. Not just wandering off the subject or being a bit unprepared, but week after week of spirituality worthy of a greeting card, semi heretical ignorance combined with politically motivated platitudes. The sheep want to be fed and although they are patient they get hungry and when you’re hungry you get snappy.

I sympathize when liturgically literate lay people have finally had enough. So a friend asks how long she has to endure a priest who opens Mass by saying, “In the name of the Father, Son and Holy Spirit–hey did anybody catch the Dodgers game yesterday?”

Last year this time another person tells me her priest talks about nothing by the celebration of Kwanzaa instead of the Nativity of the Lord. Kwanzaa for goodness sake!

Then there’s the priest who hears sirens going during Mass and interrupts to say, “Let’s all take a moment to pray for the people involved in that emergency!”–and launches into a long extempore prayer.

Another grumble comes from a young person who say, “Father’s homily for Christmas was like, he came down and wandered among everyone and said, “Children, I want you to know that you can actually talk to God! It’s called ‘prayer'” then he stood still and closed his eyes and was silent for about thirty seconds and that was it. Really.

So while I don’t criticize particular priests I do wonder what is going on when one hears so many repeated horror stories.

What about the priests who cannot or will not pronounce the words of absolution at confession?

Some lay people report that the priest says, “Go in peace God loves you” or “Remember Jesus loves you and forgives you.”

OK, but that’s not really the sacrament.

I had this experience once myself. I endured about twenty minutes of platitudinous psycho babble from the priest and then he said, “You can go now.” I asked for absolution and he said, “You know God loves you go in peace.” When I insisted that he say the words of absolution he got mad and said, “I already said that.”

“No you didn’t father. I’m simply asking for the words of absolution.”

“You can just say, ‘I absolve you in the name of the Father, Son and Holy Spirit.”

Finally he muttered, “I absolve you.”

So I sympathize with the laymen’s lament and wonder why so many of our priests seem to be so incompetent. It’s not that hard is it? I mean the bottom line is to be able to turn up at the right time and say the black and do the red. The bottom line is to be able to anoint and absolve. Those are really the only three things a priest can do that nobody else can do and some of these guys can’t even manage that?

When it comes to being competent in matters of administration, church music, preaching, pastoral care, counseling, church architecture (yes many priests have to build, repair or renovate churches) church history, theology, liturgy, catechetics, apologetics and evangelization….I’m not even going to go there.

So let’s be positive. What’s to do?

Firstly, let the lay people get more involved, not less involved. Let those who are skilled step up to the plate and gently and in a winning manner offer Father the help he needs, and when it comes to stuff they can’t do like preaching and celebrating Mass–why not organize a liturgical committee for the parish or if there is one join it. Observe best practice in the places where things are going well and put gentle and steady pressure on the liturgist and committee and musicians for gradual and positive change.