The Next Pope – Twelve Cardinals to Watch

The Next Pope – Twelve Cardinals to Watch 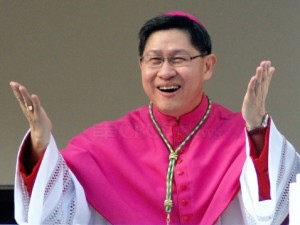 Pope Francis has several times indicated that his will not be a long papacy.  During the press conference on his flight back from Korea he spoke about Pope Benedict’s retirement and said, “I would do the same. I would do the same. I will pray, but I would do the same. He [Benedict] opened a door that is institutional not exceptional.” Realizing that he is seventy seven years old, Pope Francis also spoke to reporters about his awareness that his life was close to its end. Referring to his reign as pope he said, ”…I know it will last only a short time. Two or three years and then I’ll be off to the Father’s House,”

If Pope Francis is “off to the Father’s House” or takes the path of resignation, who might be in line to step into the shoes of the fisherman? I have chosen twelve cardinals from around the world to watch in 2015. Most of the twelve were considered “papabile” or “possible popes” in the 2013 conclave. Assuming that the cardinals will be inclined to choose a steadier hand and more “conservative” pope to balance the style and stance of Francis, I have selected cardinals known as mainstream or conservative. There are two choices from the far East, two from Africa, two from North America, two from the English speaking former colonies, two from Europe and two from Latin America.

Speculation on papal elections is never very worthwhile, but it is a good thing at least for Catholics to know their leaders. The College of Cardinals is crammed with the top Catholics in the world today. Most of the men are extremely talented and some of them would be world leaders no matter to what area of expertise God had called them.

One of the most up and coming cardinals from Asia is Luis Antonio Tagle. A young looking fifty seven, Cardinal Tagle is the Archbishop of Manila in the Philippines. Wielding political leverage in this strongly Catholic country, Cardinal Tagle is a defender of the poor while opposing abortion, atheism and anti-life health care measures. Fluent in Italian and English, he also reads Spanish, French and Latin. As Archbishop of the most fervently Catholic country in the region, he would be a strong candidate as Catholicism continues to burgeon across Asia.

Also from Asia is Cardinal Malcolm Ranjith, Archbishop of Colombo in Sri Lanka. He has Vatican experience having served on the Congregation for Evangelization of the Peoples and as Secretary for the Congregation for Divine Worship. A liturgical conservative, he is a strong advocate for the poor. With an advanced degree in Hebrew and Biblical studies he is a scholar with a social conscience and a deep love for the church.

Cardinal George Pell is the rugby playing former Archbishop of Sydney in Australia. Pell is on the Pope’s team of eight cardinals aiming to reform the curia and heads up the Secretariat for the Economy. Known as an uncompromising conservative in matters of faith and morals, Pell is also a muscular churchman, who coming from the New World would have resonance across the English speaking developed world without having to cope with the anti-American prejudice felt in many parts of the world.

The same can be said of Canadian Cardinal Marc Ouellet. A former missionary to South America, Ouellet now serves as Prefect for the Congregation of Bishops. A seminary professor and theologian, he is fluent in English, French, Portuguese, Spanish, Italian and German. A true internationalist, Ouellet would bring global experience to the papacy, and with European parentage and North American upbringing would connect with the global family of the Catholic Church.

Two cardinals from North America should not be overlooked. Last year the talk was that Cardinal Raymond Burke had been demoted from his influential posts choosing bishops and governing the Vatican’s Supreme Court. In fact, his time of service was up in those roles and if he emerges as a spokesman for the conservative group in the church he may be an appealing candidate to those who want a change in style and stance from Francis. He lacks the international experience of others, but his experience in Rome may make him seem like a safe pair of hands.

Cardinal Sean O’Malley would be a natural successor to Pope Francis. Continue Reading